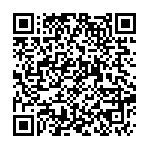 Reportage by Jo Griffin for The Guardian. Photographs by Phil Clarke

A short distance from the Venezuelan border, Venessa Márquez and Jesús Andrade sit in the fading light, surrounded by their possessions and waiting to hear if they’ll be given a bed at the nearby shelter – or spend their first night in Brazil sleeping on the street.

Andrade, who had crossed the border into Brazil’s Roraima state that morning with Márquez and two others after an 18-hour journey from northern Puerto la Cruz:

We had to leave Venezuela. There is nothing to eat and children are dying of hunger

Márquez, 22, adds: “A woman I knew went to give birth and there wasn’t even water at the hospital.”

Jackson Guilarte, a 38-year-old chemical processor from central El Tigre, is also waiting to find out if he’ll have a bed for the night. He looks dazed a day after entering Brazil with his brother and brother-in-law. “We all left family behind. It’s really hard but the economic situation forced us to leave. Venezuela has a greater potential for wealth than so many other countries but it’s all been destroyed. I had a good life there, a good career.”

With no end in sight to the five-year economic and political crisis that has left many struggling to survive, the exodus from Venezuela to its South American neighbours is relentless. Since 2014 more than two million people have fled to Colombia, Peru, Ecuador and Brazil in the largest cross-border displacement of people in the continent’s history. About 98,000 Venezuelans have remained in Brazil, according to the UN.

After criticism of Brazil’s response to the crisis and signs the public mood was darkening, the army recently opened a triage centre at the border to process the estimated 700 Venezuelans who enter each day. Here, migrants can apply for asylum or temporary residence, get medical treatment and – if there is space – spend a night.

The goal is prompt transfer of people to one of 11 new shelters in Boa Vista, 130 miles away, but the state capital is just another staging post before possible relocation to other states around the country.

In September, hundreds of migrants crossed back over the border from Brazil as tension erupted in Boa Vista. It followed the lynching of a young Venezuelan man who had been accused of killing someone during a robbery. Many Venezuelans had been living on the streets in makeshift shelters, fuelling tension with local people.

The challenge is to keep things flowing. If we don’t, the strain is too much for the local Brazilian population

The pressure was evident on the streets of Pacaraima, where new arrivals lugging suitcases mingled with visitors buying food and medicine, some to sell for a profit back in Venezuela amid severe shortages, and hyperinflation that has left the currency virtually worthless.

“Our sales have gone up around 70% and that’s the positive side of this situation for us,” says Thuanny Rayelle Bezerra, manager of the Mercosur bakery and grocery store. “But we are living in fear. There are people sleeping on the streets and shops are being burgled. We used to leave our doors open all the time and now we can’t sleep peacefully at night.”

On 18 August the tension erupted after protesters trashed migrants’ possessions and set fire to camps, forcing more than a thousand people to flee back across the border. A few months earlier, Roraima’s governor had sued the federal government over the crisis. The unrest briefly slowed the flow but numbers have climbed again. While international treaties oblige Brazil to keep the border open, anti-immigrant rhetoric from president-elect Jair Bolsonaro, who once described refugees as “scum of the earth”, has added to a mood of uncertainty.

For some in Pacaraima, a town of about 12,000 whose infrastructure and services are being overwhelmed by the influx, the vow to tighten security after the August unrest has not amounted to much. Some locals say more police and soldiers have been visible but Venezuelans are still sleeping in makeshift camps and crime has risen.

Oracy Cardoso, a shopkeeper in his 60s, said local businesses were the target of thieves four or five times a week. “The police do nothing about it. Sometimes it’s assaults and sometimes it’s shoplifting, but security has not improved at all. Some of the thieves just escape back over the border. It’s left to us to fortify our properties on our own.”

At the taxi stand some new arrivals are already waiting for a ride to Boa Vista, a journey through the vast Amazonian wilderness that some earlier migrants have made on foot. But Boa Vista is just another staging post, says Heli Mansur, of the AVSI Foundation, which helps the UN run four shelters there. “The shelters have helped people off the streets but the city still can’t accommodate so many people and our aim is to move them on to cities in other regions of Brazil where there are jobs and more opportunities.”

Outside Mercosur, Raul Vásquez, 52, says he arrived nine months earlier in Pacaraima and might wait out the crisis in the border town. “I owned a large restaurant in El Tigre and had to give it up, but I’ll start again there if the situation improves,” he says, as he fries chicken on a grill in the street for a small group of Venezuelans.

For others, however, Brazil is the end of the road. At the triage centre, Ronaldo Duarte, a 76-year-old widower, is waiting for treatment for a hernia after travelling alone from western San Cristóbal. “My country used to be really beautiful,” he says. “I can’t stand to see what’s happened to it.”

See the entire photo gallery on The Guardian, photos by Phil Clarke 'We arrive sick and hungry': Venezuelans in Brazil – in pictures.