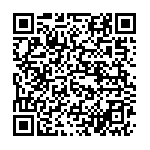 How can an urban regeneration program based on a Cash for Work mechanism strengthen the resilience of Syrian refugees and their Jordanian host communities? In partnership with the Jordanian Ministry of the Environment, GIZ and AVSI Foundation are experimenting with this approach in Qweirah, a city of 11,000 inhabitants located in a desert area of Southern Jordan.

Cash for Work is the generic term for employment programmes that offer refugees an opportunity to earn some money in their host country. They provide a welcome relief from the enforced passivity refugees often experience due to their status. The project in Qweirah is part of BMZ’s special initiative “Tackling the Root Causes of Displacement – Reintegrating Refugees”, with the goal to improve green infrastructure such as networks of urban public spaces and ecosystems in rural areas.

GIZ and AVSI have taken the opportunity to widen the scope of the programme by fostering the integration between refugees and the local community, women empowerment, and integral human development. Three aspects are key to this approach: participation, inclusion, and integration.

It is widely known that refugees should be integrated into – and not segregated from – local communities. Only then can they participate in local social life, which eventually has the effect that the host community no longer sees them as a “burden” but as a resource for the future. Both the host community and refugees need to be involved in this process in order for refugee integration to be something beneficial for the community as a whole.

Moreover, participation is essential to conceive effective, integrated and sustainable interventions, and to assess limitations and enhance strengths. It is the local context that determines which specific participation tools are useful, but in any case all beneficiaries and stakeholders should feel that they are fully responsible and accountable for the project for its entire duration and not only during the assessment and planning stages.

The first pillar of the participative approach applied in the project in Qweirah is deep knowledge of people’s situation, as well as the constant presence in the targeted communities. When the project first started, AVSI established an office in the centre of Qweirah where all project officers – mainly architects and social workers – are based. This presence has been fundamental to understanding people’s habits and their socioeconomic situation, to open a permanent space for people to share their concerns, requests, and suggestions, and to accompany the entire community, including Syrian refugees, step-by-step through the project’s activities.

Community members and displaced people, both women and men, have contributed to the design of the new green infrastructure elements by suggesting how to revitalise the municipal park, playgrounds, the library, walkways, and roads. This also meant making decisions about the appropriate positions for benches and bus stops! Participation tools included a Community Committee, focus groups, and the “shared management” model that will involve community members, companies, and local authorities to manage and maintain the new or revitalised infrastructures.

The project also aimed at promoting the inclusion of refugees and women within the local community bearing in mind that there is no inclusion without empowerment. Regarding the empowerment of women, the project initiated a revitalisation of the city’s park. The park had been closed and abandoned for a long time also due to safety risks for women, which meant that women did not have any public open space to socialise. Traditional gender roles still prevail in most of Qweirah’s society, which makes it difficult for women to pursue activities other than the domestic ones considered appropriate for mothers and wives. They also cannot interact with men outside their houses.

Taking the cultural needs of the community into account, the design of the new park includes a children’s playground in the middle of the compound that separates two different spaces dedicated to men and women, respectively. According to Mayor Abdallah Njadat, a first “miracle” occurred at the project launch event on August 30th, 2018, when women and men attended the event separately but in the same space, listening to the same speakers. Since then, Jordanian and Syrian women have been working together to weave the canvas that will be used to provide shade for the playground, the leisure corner, and the bus stops.

Both the Syrian refugees and local Jordanians who participated in the revitalisation of urban infrastructure in Qweirah were paid through the Cash for Work programme.

The third pillar of the methodology is the holistic vision of the development process, centred on the individual person and their dignity. This is the hardest principle for any implementing organisation to concretely apply within the framework of pre-determined project activities and budgets. In this case, due to the flexibility of the Cash for Work tool and the mutual trust between GIZ and AVSI, many needs that emerged during the process and had not been foreseen by the original project guidelines, could be addressed. For example, many women were initially not able to participate in the programme because they had to take care of their children. A nursery is now set up in the same space where the women are weaving so that Syrian and Jordanian children, male and female, play, learn, and eat together.

All women have attended technical and life skills training to increase their self-confidence, assert their rights, and become the protagonist in their own lives. For Ranam, an 18-year-old Syrian girl who escaped the destruction of Aleppo, the weaving workshop has been her first work experience: “For the first time, I feel proud of my responsibilities”. Ied Dwal, a Jordanian woman together with five other young beneficiaries, decided to make weaving her permanent occupation and founded a micro-business that produces carpets and other decorative items and sells them at Wadi Rum, a popular tourist destination. These are only two examples of unforeseen outcomes that the project is now supporting in purchasing equipment and the initial raw material.

Another unpredicted outcome is the soaring popularity of architects and engineers working on the project. When asking children from the community what they would like to be when they grow up, they reply “architect/engineer!” (the same word in Jordanian Arabic).

The project is being replicated in other areas of the same municipality. Another public park will be revived, and a street will be re-qualified to reach the park and the nearby archaeological site in partnership with the Ministry of Tourism. Therefore, architects and engineers will be around for a while.