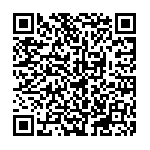 In Kenya, a manhunt is underway to seek the kidnappers of 23-year-old volunteer Silvia Costanza Romano from Milan, who was captured by a group of armed people on the evening of Tuesday, 20 November 2018 in Kilifi county, in the village of Chakama. According to what the website Voice of America has stated quoting Kilifi deputy governor Gideon Sabuti, investigations involve the area where the abduction occurred as well as the neighbouring counties “up to the borders” with Somalia. The command who kidnapped Silvia Costanza Romano – an aid worker for the Fano-based Italian NGO Africa Milele onlus – was reported to be composed by at least three people: «the men who approached the area were three Somalian: two were equipped with firearms, while one of them was unarmed», told to Voice of America the eyewitness Chirchill Otieno Onyango.

The risk of Al Shabaab

Albeit official confirmations have not been delivered, the fear is rising that the kidnapping was commissioned by the jihadist group Al Shabaab, which has already been involved in various attacks and abductions, including in Kenya.

«The Horn of Africa is rarely mentioned by Western media, so that little is known about the actual situation, which remains highly unstable» explains Andrea Bianchessi, Country representative in Kenya and Somalia for AVSI Foundation. «Somalia is at the root of such context of prolonged crisis, which makes relations with neighbouring Kenya highly difficult. – Bianchessi clarifies - Since 1991, year of the fall of Siad Barre’s government, the country has been facing a profound internal crisis: a central state delivering actual control over the territory does not effectively exist. Today, the country is divided into 5 states of the Federal Government of Somalia and Somalidad, which declares itself as autonomous. The central government succeeds to control the largest cities and airports, but the rest of the territory is in the hands of Al-Shabaab militia».

Since 2007, 20,000 soldiers of the African Union Mission in Somalia (Amisom) have been situated in Somalian territory and in the southern part of the country with the purpose of guaranteeing security and peace. «Precisely this mission, which is also supported by Kenya – underlines Andrea Bianchessi – has pushed the group of Al-Shabaab to execute the terrorist attacks of the last years, such as the Garissa massacre and the Westgate shopping mall attack in the centre of Nairobi».

Outside tourist resorts, hence, the situation is far from idyllic. As highlighted, again, by the supervisor for Kenya and Somalia of AVSI Foundation: «Working in the humanitarian field here is as fascinating as demanding in terms of both awareness and caution. The most important aspect to always take into consideration is the analysis of the context. It is possible to work well and to obtain remarkable results of development for the populations of these countries, without losing professionalism and the knowledge of the territory - clarifies Bianchessi. The cooperation represents a field where work needs to be conducted in hostile or difficult contexts, so that, as any other occupation, it implies very precise rules and procedures to follow. A person who works in a slum cannot ignore the curfew; equally, those who realize humanitarian projects within a refugee camp such as that of Dadaab cannot think about entering it without sat phones or body guards».

During the night of last Wednesday to last Thursday, an extended police operation has brought to 14 captures: the information has been broadcasted by Kenyan daily newspaper Daily Nation and confirmed by sources from Malindi police that has referred to the area of Chakama e Galana-Kulalu. As far as Romano’s kidnapping is concerned, the Kenyan website reports that when the armed men attacked «on Tuesday night» the volunteer «was going to take a battery».

Andrea Bianchessi highlights how, at the security level, another «very important aspect is to coordinate with the entities that operate in the same territory, such as other NGOs or the embassy, which means to stay within a network and to follow common security rules. Last but not least, the relation with locals is important since it allows for higher security as well as for an improvement in our knowledge of the context, but also for a more rapid and enduring fulfilment of the objectives of the different projects. In the end, the risk is never fully foreseeable and manageable, and we have to deal with it on a daily basis».

That of Silvia Romano is «the first kidnapping of a non-local» in Kenya following a series of abductions occurred between 2011 and 2012, the website of Voice Of America reminds. Anxiety is spread in Italy, too, during these hours: «We will not share any information until Silvia will come back to home – says Giulia Romano, Silvia’s older sister – and we ask you to stop trying to contact us».

«I’ve been in contact with her father and sister – the mayor of Milan Giuseppe Sala says –, then, properly, the Ministry of Foreign Affairs and International Cooperation asked to remain silent during these crucial phases, and I will». Meanwhile, on behalf of the non-profit organization for which Silvia Romano works, Daniela Galanti, council member of Africa Milele, affirms: «warry will continue as long as we do not receive any information about the fact that Silvia is fine». Galanti then adds, regarding the kidnapping: «I was surprised because Chakama is a quiet place, where similar incidents have never happened: no one expected it, otherwise, if there had been any risk, we would have never sent our volunteers there. We just want her to come back home, safe…then we’ll see what to do».

A refugee camp of 230 thousand people

When studying the context of the area, Andrea Bianchessi does it with an experience of four years behind him, that he has developed both in Kenya and Somalia. Moreover, AVSI operates in the zone of Dadaab refugee camp (where AVSI works since 2009). «We are working on an emergency project realized with the funds provided by the Italian cooperation (Aics) to support the families which returned to their home country, supplying them with essentials, from water to food. We have been able to intervene in Somalia thanks to the relationship with the current director of the Ministry of Education of Jubaland, who in the past was a refugee in Dadaab and has become a teacher precisely thanks to the training courses provided by AVSI through the funds of the Italian cooperation».

Education as a weapon against fundamentalism

In the camp, as Bianchessi reminds, AVSI «has trained about 2000 teachers and it has renovated and re-built 327 new classrooms, in collaboration with institutional and local partners. Education is the channel which brought us from Kenya to Somalia, and it can be confirmed as the necessary condition to develop a ruling class capable of bringing forward enduring and sustainable development projects and it is, therefore, essential to oppose the violence of terrorist groups».

Today, 230 thousand people live in Dadaab, 99% of them are Somalian. One year and a half ago they were about 350 thousand, then, thanks to the assisted returns, a high number of people (around 70 thousand) have decided to return home, in Somalia, while others moved to different zones of Kenya. «The situation of this huge camp remains highly difficult and complex, but - clarifies Andrea Bianchessi –, as the cases of teachers trained by us and then returned to Somalia confirm, practicable ways exist that can launch functional development projects».