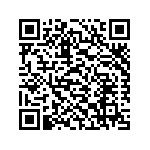 Woroworo is a South Sudanese village close to the border with Kenya and Uganda. During the droughts in 2011 and 2013, many farmers decided to leave their homes and migrate to the neighbouring countries with their families, looking for a better life. The drought had reduced the harvest sharply, pushing the village toward famine, and the political crisis made movement or relocation risky and unsafe.

What the farmers found on the other side, in Kenya and Uganda, was not what they expected. Many struggled to survive and earn a living and were forced into illicit industry, such as producing and selling alcohol illegally, contributing to the continuation of uncertain living conditions similar to the ones from which they had escaped.

Once the rain became more regular, most of them decided to return home to South Sudan, despite that doing so would have meant starting over again. Farmers like Peter returned from Kenya with his child in 2015. Marco returned from Uganda with his wife and five children in 2017.

With the support of AVSI, what appeared to be a new ordeal instead became an opportunity to find better living conditions right at home, where their lives had begun. Farmers like Peter and Marco, and their families, benefited from the distribution of cereals, vegetable seeds, work tools, and all the basic goods necessary to start a new life.

Following their example, many other people, known as “Woroworo exiles”, returned as well, attracted by the opportunities that AVSI is providing. The results were swift and encouraging: farmers could resume their production and even go beyond their initial yields, increasing the harvests.

According to the village chief, many farmers this year will be able to sell a portion of their harvests at the local market and reinvest the income generated in improving their living conditions, breaking the poverty trap -- right in their home country.

This "new begin" back home has been possible thank to the project, funded by AICS (Italian agency for development cooperation) "SANPIC - Food Security, Nutrition, and Protection for the population of Ikwoto County affected by the crisis in South Sudan"