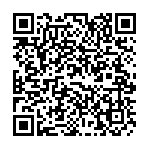 "Cooking to start over" is AVSI concrete answer to the question of integration and reception of immigrants in Italy, led in partnership with Panino Giusto, one of the largest food and beverage brands in the country. The project was among the three winning initiatives selected by the nonprofit advocacy organization Robert F. Kennedy Human Rights in Italy.

On the 23rd October, Kerry Kennedy - president of Robert F. Kennedy Human Rights and Bob's daughters, will award the prize in Florence.

This project, although small, proves that it is possible to face immigration in a different and proper way. Migrants are not just numbers, they are people with desires, needs and aspirations . Work and training are essential instruments to make these dreams come true. For the migrant, for us, for everybody.

“Cooking to Start Over" brings a new concept in terms of social responsibility, because it combines for-profit skills and concrete activities with those of non-profit organizations and offers real opportunities for young migrants who are willing to integrate in Italy.

The leader of the project is Elena Riva, Panino Giusto President and co-founder of Fondazione Accademia del Panino Italiano that, together with AVSI Foundation and the cooperative Farsi Prossimo created in 2016 an effective training project, integrating internship and subsequent recruitment in the catering sector.

Currently, after they conclude the training, young beneficiaries are all engaged in internships with the premise that the companies involved will then hire them.

In addition to the selected NGOs, representatives of civic institutions and regional authorities are expected to attend the awards ceremony on October 23: Kerry Kennedy, daughter of Senator Robert F. Kennedy and honorary president of the homonymous association in the United States, Donato Tramuto, CEO of Tramuto Foundation and Health eVillages and member of the board of directors of the Robert F. Kennedy Human Rights Italy, Maria Lina Marcucci, President and Legal Representative of Robert F. Kennedy Human Rights Italy and representatives of some of the most important companies in Italy and the third sector, for a day which aims to join good energies and practices.