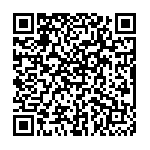 Government and non-government agencies alongside UN representatives discussed the major problems related to water, sanitation and hygiene conditions inside the community housing and received instruction from Martin Ede, a specialist in the area.

Ede, Emergency Wash specialist working with the NGO Canadem, one of UNICEF partners, explained that access to drinking water is not a problem for the Venezuelan community living in shelters in Roraima. The main issue is good practices of hygiene and sanitation.

During the meeting, all the actors working in the refugee reception centers discussed their daily challenges. They raised concern about the disposal of waste food and trash, disease dissemination among children and the lack of a functional sewage system.

“As a result of today’s meeting, we will put together a list of priorities,” said Ede. “We will know where to work in the areas of hygiene and sanitation to generate better impact with more efficiency and a lower cost”.

The solutions to be proposed will be based on the effective actions that are already being carried out in shelters and that respect the characteristics of the migrant population and geographical ties of Roraima. These points were also raised during the meeting.

As a result of the meeting, a report containing the problems and solutions will be presented to all partners. The next step is to put into practice the actions.

"As we are working with different partners, we hope to be able to mobilize the resources needed to cope with the problems. But there is still a long way to go before reaching the goal. This is just the beginning of the process," explained Ede.

Jacqueline Almeida, UNICEF Consultant for Emergency Response in Roraima, pointed out that these actions will improve the quality of life of families, especially children, living in shelters.

"Currently we have many cases of diarrhea, waterborne diseases and hygiene problems among children,” says Jacqueline Almeida. “We are working together to find solutions and to ensure that the population does not get sick because of precarious hygiene conditions."

Dalva Silva, ADRA Australia Coordinator in Roraima, stated that the meeting was fruitful and stressed the importance of the staff participation in the discussion.

"It is difficult for those who are not living inside the shelters to discuss policies. Only those who live there know the reality”, said Dalva Silva. “Now we will work with the other partners to reach effective actions".