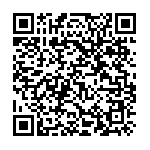 The international community pledged to renew and strengthen its humanitarian and financial commitment in favour of the Syrian people, bordering countries and communities hit by the conflict, in the awareness that only an inclusive, global, political solution that meets the legitimate aspirations of the Syrian people for dignity and freedom will guarantee the end of the conflict, prevent regional escalation and the return of Daesh, thereby laying the grounds for a peaceful, prosperous future for Syria and the whole region. Participating Countries pledged € 3.5 billion for 2018 and 2.7 for 2019-2020.

It’s the outcome of the Brussels II Conference on ‘Supporting the future of Syria and the region’ held April 24-25, hosted by the European Union and co-chaired by the United Nations. The summit brought together 86 delegations including 57 States, 10 representatives of regional organisations and International Financial Institutions as well as 19 UN agencies. Over 250 NGOs figured among the invited guests and, as pointed out by Federica Mogherini, High Representative for Foreign Affairs and Security Policy, hundreds of people representing Syrian civil society. The dialogue with NGOs, 15 from Syria and 72 from the three main Countries that host refugees – Jordan, Lebanon, and Turkey – was the focus of the first day of the meeting.

Lucia Castelli, representative of AVIS Foundation, the only Italian NGO present in Brussels, shared an overview of the day with SIR. AVSI carries out cooperation projects in over 30 countries, with particular focus on education and vocational training. Special programs are being carried out in Syria, Lebanon, and Jordan. These include “Back to the Future”, an educational program funded by the ‘Madad’ EU Trust Fund that supports over 26 thousand children in Lebanon and Jordan.

In Syria, the Foundation carries out the campaign “Open Hospitals” supported by CEI, promoted by the Apostolic Nuncio, Cardinal. Mario Zenari, to ensure free health care to the poorest sections of the Syrian population. “

In Brussels NGOs have tried to unblock the stalemate of projects and activities. Although all parties support a political, negotiated end to the Syrian war, the situation on the ground is tragic, with more than 13 million Syrians – including internal displaced people and refugees, most of whom fled to Turkey, Lebanon and Jordan – in need of assistance. Without the support of civil society and NGOs there is no hope of recovery. We all agreed that peace will be possible only if we see each other as human persons and not as members of a State or of a political or religious faction.

Concrete proposals. Humanitarian organizations presented proposals in support of their activity. Emphasis was given to two points in particular. “The first – Castelli said – regards one-year programs, which in this theatre of war is an excessively short time frame. Our recommendation is to adopt multiannual projects. We were reassured to this regard and approximately one third of the funds will be used for 2019-2020 projects”. The second aspect highlighted by NGOs “calls for integrated action involving the areas of education, health, vocational training and protection. This is the best way to meet the massive needs of the population, youths and children in particular. The latter are the main victims of human rights violations, as a number of alarming practices – such as child labour and child marriages – testify to. Such practices are also a result of the economic hardships of these children’s families, that ought to be addressed with effective measures.”

No reconstruction. The critical factors of the Syrian conflict go even further. “After 8 years there still is in an emergency situation with no talk of reconstruction”, denounced the AVSI representative. “Reconstruction entails the return of the refugee population to Syria. But many of them are afraid to return owing to lack of safety and political instability in the Country. Lebanon is presently facing a massive inflow of refugees.” Thus the situation on the ground is extremely complex. “During the Conference we pointed out that assistance for reconstruction can be planned in those areas of the country that have been liberated and returned to the government. But in order to do so it is necessary to allow Syrians and humanitarian agencies to work in these areas. It would be a first step towards the reconstruction of the country, an important signal that could lead many refugees to consider returning.”