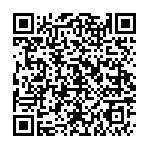 NNA - "The education of children and youth, together with their engagement and participation in their communities, are the stepping stones to building peaceful societies."

The European Union inaugurated today the "Al Mourabi Samir Krayker" public school in Nabatiyeh, following months of rehabilitation under the EU-funded "Back to the Future" project.

The inauguration ceremony, which was held in the presence of representatives from the EU Delegation, Ministry of Education and Higher Education, implementing partners, as well as of the school director and staff, showcased the results of the rehabilitation works. The works included upgraded facilities such as a new playground, windows and paintings, and a much improved learning environment for the students. Speaking at the ceremony, Mr. Rein Nieland, representing the EU, pointed out that "a building alone cannot shape the vision and passion that guide the school’s development."
"It is the human capital and interaction between teachers, students, families and communities that make the difference and ensure a qualitative learning, trust building, as well as respect and mutual understanding among girls and boy from different backgrounds", he added.

The EU has invested more than EUR 200 million in the Lebanese public education system since 2012, most of it supporting operations led by the Ministry of Education and Higher Education, such as the "Reaching All Children with Education" strategy. In parallel, the EU has also supported the Ministry of Social Affairs to establish national child protection safeguards and a mechanism to prevent and respond to violence, exploitation and abuse against children.

"Back to the Future" is a regional EU-funded programme implemented by a three international NGO consortium composed of AVSI, Terre des Hommes Italy and War Child Holland. Lebanese and Syrian children in the North, South and Mount Lebanon benefit from the project.