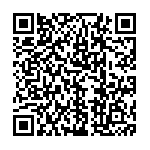 More than 450.000 Syrian refugee in Lebanon and more than 240.000 in Jordan are not even 18 years old. 60% of them are out of school and Sahar’s story is representative of this generation of Syrian kids with no access to formal education. ‘Back to future’ is a project supported by the EU Madad Trust Fund and implemented by AVSI Foundation, Terre des Hommes and War Child aiming to enable more than 27.000 children to go to school.

In a few days, it will be the 7th anniversary of the still ongoing Syrian war started in March 2011. Last year, the Syrian crisis seemed to slowly come to an end, but it was only an illusion. Today the acute conflict is far from being over and some define it as a “second Syrian war”.

Sahar was born a few days after the war began, under the Lebanon sky, or rather, under a tin and nylon roof of a refugee shack. She doesn’t remember anything else except living on the run, far from a home she has never seen and probably will never see because her house in North Syria might now be a ruin like too many other houses.

Sahar is now 7 years old, she is learning basic reading and writing, doing non-formal education activities or, when possible, afternoon formal classes. Otherwise, she tries to learn under a tent in the middle of a big Informal Tent Settlement she calls home.

Sahar is only 7 years old and she is one of those lost generation children that, if they succeed to go back home, they will still feel refugees in it. They will be nostalgic for their shack, for their neighbours, for the big area where they used to run and come up with games as a mockery of the war.

It is a mistake to describe this generation as rootless: they do have roots, solid roots in Lebanon, in Jordan, in Iraq, in Egypt and in many other places where their mums and dads decided to move trying to survive. If we think about the period in which memory start to be sharper, all those under 11 years old may be consider part of this generation. A generation grown in a fake house instead of a true one that, because of the war, became the only home they know. Because day after day, the war deceives, confuses and cheats.

It is almost impossible to foresee what the future holds for those children who are “rooted elsewhere”, in the wrong place, in a place that doesn’t want them, in a place that only gives uncertain answers and builds doubts. Go back, but where? Stay, but with what expectations? Strangers in a strange land with few rights, many responsibilities and the recurring nightmare of being deported.

Only one thing is certain: real life is the one that this lost generation is living today. They need to be guided through this life. We cannot sit waiting for this war to end. By definition, war is a big lie. It seduces us, it convinces us, it gives us hope but, at the end, it trips us. We should never trust in war.

There is no other solution except walking alongside those kids. AVSI, Terre des Hommes Italia and War Child Holland are translating this only solution into reality bringing them back to school. Since 2016, these NGOs, supported by the EU Madad Trust Fund, are working together in ‘Back to future’ project to give an education to more than 27.000 Syrian children in Lebanon and Jordan.

This is the only possible way, made of shacks and temporary schools, in a tent or in a field collecting vegetables. Walking alongside this lost generation, we can quickly learn that life is powerful, so powerful that it leaves us astonished. Sahar is 7 years old, she has no memories of her home country, she lives on a thin line separating the being and not-being. Sahar is growing up, she learns, she plays. She laughs so loud that everyone can hear her. She is living and the only sane thing that we can do is living with her.