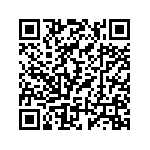 "We have been forgotten, it's time for us to make our voices heard". These are the words that a mother from Jericho, Palestine, pronounced during the event titled "My rights are my protection shield", organized by AVSI to report on the results of an initiative created to counter gender violence in Palestine. " From this project we learnt how to lift our heads and move on," said the mother.

The meeting was held in the halls of the governorate of Jericho, as closing event of an initiative which is part of the project "Schools of resilience: support to the protection mechanisms for minors in the Jordan Valley (Area C)" funded by the Italian Agency for Development Cooperation, and implemented with local YWCA partners in Jericho, Bethlehem Arab Society for Rehabilitation and St. John Eye Hospital.

The action was aimed at raising awareness on gender violence for over 100 students in 6 schools in the Jordan Valley. One of the key issues was the contrast to early marriages: in Palestine there are still widespread unions (whether formalized or not) among under 18s. The "child brides" are more vulnerable to violence, abuse and exploitation. Moreover, they are removed early from the protection of their family of origin and network of friendships, with heavy consequences on the emotional, social and cultural sphere, first of all school drop-out.

As one of the women who took part in the project explained during the event, "girls’ awareness has grown, but the road they have to travel is still long: it’s hard for them to talk about the violence they suffer and are still afraid to challenge their parents, to refuse to marry those they did not choose ".

Fadia Nawrawreh is another of the mothers who participated in the sessions on the prevention of gender-based violence. Mother of six children, abandoned by her husband, she lives in Fasayel, a small village near Jericho, Palestine. We told her story here.