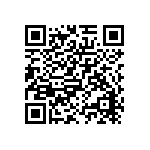 On Monday, December 11, 2017, at the West African Regional Episcopal Center - CERAO, in Deux Plateaux, Abidjan, Ivory Coast, AVSI officially launched the Project "Capacity Building and Support for Sustainable Formalization of actors in the informal sector of the timber industry through a gender and youth approach, to ensure better participation in the VPA process". The project is part of the actions for the safeguarding and sustainable management of forest resources. In the last few decades, we have been witnessing a regression and a degradation of the forest area that in the future might lead to the disappearance of the Ivorian forest. This situation is largely due to an improperly regulated and planned use of resources, and the illegal trade and use of timber exacerbated the problem nationally and internationally.

To address this situation, Ivory Coast Government has started various initiatives to decrease the destruction of its forest, including the negotiation, as part of the Forest Law Enforcement, Governance and Trade (FLEGT) process of a Voluntary Partnership Agreement - VPA with the European Union, aimed at strengthening forest law enforcement, improving forest governance and establishing a favorable framework for the legal trade of timber and its products.

Within this context, AVSI implemented from June 2016 to June 2017, the project "Promotion of the Legality and Best Practices in Sustainable Management by Setting up a Framework for Exchange between Clients of the EU, Exporters and Ivorian Small and Medium Enterprises ". This project aimed at training informal actors in the wood industry. It highlighted the lack of continuous training, coaching and follow-up of these actors fostering their formalization within the framework of the VPA. These shortcomings, which are the basis of the need in the formalization, have also been widely expressed during field missions carried out by FAO / MINEF projects by CIFOR - Center for International Forestry Research - and are also mentioned in the argument for the formalization of the national product market by the CTN "Domestic Market" Working Group. The project proposes, in continuity with the previous one, to continue the training and support actions to formalize the actors of the informal sector of the wood sector.

Several results are expected from the project:

The project launching ceremony was an important opportunity to bring together all the national and international actors involved in the VPA / FLEGT process. In particular, the Representatives of the Ministries concerned (Ministry of Water and Forests, Ministry of Trade, Handicrafts and Promotion of SMEs, the Ministry of the Environment); the Diplomatic Representations of Italy, England and Sweden; the Delegates of the European Union, FAO; the Facilitator of the Process, the Representatives of the National Chamber of Trades of Cote d'Ivoire; the technical bodies (the Permanent Technical Secretariat and the Technical Negotiation Committee), international and national NGOs, professional and trade union corporations, as well as several other actors with an interest in the successful negotiation and implementation of the VPA / FLEGT in Ivory Coast.

AVSI has officially entered Ivory Coast in 2008, and to date has implemented seven projects.