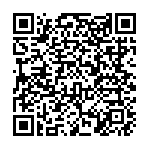 Children and young adults represent one of the most vulnerable groups in Lebanon. At least 1.4 million Lebanese, Syrian and Palestine minors grow up with no access to the most basic services. More than 200,000 Syrian refugees and 50,000 Lebanese children between the ages of 4-14 are excluded from the school system. (Source: Annual report 2016 OCHA)

In 2013, the Ministry of Education in Lebanon organized an action plan in response to the consequences of the Syrian crisis in the Educational sector, known as RACE (Reaching All Children with Education). Inspired by the initiative No Lost Generation (NLG) promoted by UNICEF, RACE aims to ensure that all children present in Lebanon have access to education. Past experience shows that the most effective way to reach this ambitious goal is by strengthening the existing educational system, working on the expansion and improvement of the school structure, and simultaneously improving the school psychosocial support and children integration in the formal system.

For this reason, AVSI Foundation, funded by UNICEF, launched the project "Supporting Vulnerable Girls and Boys to Access and Remain in Education in Lebanon". In 2018, the project will support more than 13,000 children between the ages 3 and 14 in five governorates: Nabatyeh, South, Mount Lebanon, North and Akkar.

The project offers various activities such as afterschool programs that give children an extra hour of homework support two to three days a week for those already attending schools, playful and didactics activities for younger children who do not have access to kindergartens, and courses for minimum access to formal education for young adults based on the Basic Literacy and Numeracy program (BNL). Children and young adults with learning difficulties, special needs and mild intellectual disabilities are also included in the activities. In addition, they receive pedagogical support that meets their specific needs.

Another important element is the complimentary transportation to and from school for children who were affected by the high cost of transportation or because of safety problems. AVSI also offers sessions targeting parents in order to encourage their involvement in their children’s development at school, but also to offer personal training like language courses.

The project is part of a continuous and strong partnership between AVSI and UNICEF in Lebanon. Thanks to this collaboration, in 2017 AVSI created tools to develop a standard BNL program. In 2018, AVSI will be implementing the program by training and coaching participating teachers.