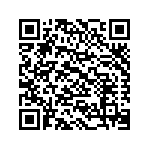 Vulnerable artisans have received work equipment. Professional organizations of craftsmen have been reinforced. Craftsmen have benefited from thematic training. These are the main results achieved by the project "Integration and Support to the Empowerment of Artisans in Ivory Coast". Launched in 2015, the project aimed to improve the living conditions of artisans, especially those affected or infected by HIV-AIDS. Implemented by AVSI in partnership with the National Chamber of Crafts of Ivory Coast, and funded by the European Union, the project was officially closed on Monday, December 18th, 2017 at the Regional Episcopal Center of West Africa in Cocody.

“Our main goal was to bring a change in view of the precarious working conditions, the lack of equipment and the social exclusion of those whose stigmatization is linked to HIV-AIDS,” said Dr. Bamba Lassiné, project coordinator, while presenting the project results to an audience of dressmakers, mechanics, carpenters, hairdressers, ironworkers, sculptors and many other craftsmen.

HIV-positive, 54-year-old Koné Seydou was one of the beneficiaries of the project. After spending two years in a coma, away from his six children, Koné was only able to regain his strength after joining the AVSI project.
The support that greatly affected his entire life was the rehabilitation and equipment support for his ironwork shop. Today, his activities have regained their dynamism and people ask him in the city to do work or train other young people in the industry.

“This is what I'm most proud of, because some of the young people I'm currently training are going to be self-employed soon. Today, I once again feel my worth and I am proud of who I am,” says Koné who is currently participating in HIV awareness activities by giving testimonials about his life. “I explain how I went from death to life and became a source of motivation and example to other patients. I hope that this kind of concrete project that AVSI leads is extended to many people like me, because it gives us hope. It shows us that hope is allowed”.

The project benefitted 5,000 artisans and their families and brought awareness on work laws, and entering the formal market to about 55,000 total artisans in Ivory Coast.