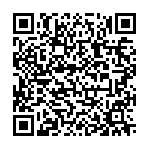 1070 families had to flee, most leaving all their belongings behind. In response, on May 26, the Italian NGO AVSI, one of UNICEF’s partners in Tanganyika province, organized an NFI fair (Non Food Items) and invited the 731 most vulnerable families to participate.

“When the pygmies attacked our village, my wife lost $ 300US, almost all of our savings, in her escape,” says Justin Makongo, who watches the traders set up their stalls. “Myself, I managed to escape with $ 80, but I have already spent it. In my village, I was a carpenter and a farmer. I earned about $ 50 a month from carpentry and my fields used to feed my family. At the IDP camp in Kamutonga, where I settled with my wife and my 6 children, on some days I help the fishermen to pull the nets and get the fish out. For this work, I earn 1000 francs (0.70US $) and a little fish. I can not save anymore. Through the fair, I will be able to buy clothes and shoes for my wife and children, as well as a bowl, plates, and a little soap. These are all things we already had in greater numbers and we had to leave behind."

Each family participating in the fair receives a tarp and the equivalent of US $ 75 in coupons, which they must spend on essential household items during the fair. The articles (loincloths, soaps, pots, etc.) are brought by 15 traders from Kalemie, and sold at negotiated prices, lower than those of the market.

Among the crowd gathered, Sadiki Managaza seems lost. She negotiates pans with a shopkeeper and has to be explained several times the use of coupons by AVSI volunteers. The latter, cautious, observe the transactions to prevent it from being abused.

“I’m not used to spending so much money. I am a Twa (pygmy). In my village, I was producing embers that I would exchange with the Bantu for cassava, salt and palm oil. I managed to feed my family. But in the camp, I have to beg for a little fish from the fishermen. Today we have not eaten.” An hour later, a large basin filled with pots and other items on the head, and on which she laid her tarpaulin, Sadiki Managaza leaves the fair on foot.

“ I am happy. When the Bantu attacked my village, I had to hide in the forest with my sick husband for a week. We fed on potatoes and made fire with flint. Now we live in Kabutonga camp with the Bantu. We live well with them. For us the war is over; we fled together and it’s useless to beat us. A new life begins “.

With the financial support of the European Union (ECHO), the United States of America (OFDA), the Pooled Fund, Canada, Japan, Great Britain and Sweden, UNICEF was able to organize in February 2017 an essential household items fair as part of its “Rapid Response to Population Movement (RRMP) program.”