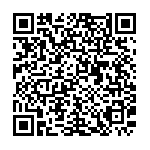 “I cried, ” admits Raed without shame. A grown man in his late 50s, Raed works hard to support and maintain his family in Midan, a poor district in Aleppo, which during a recent and long battle was among the most affected by the bombings.

The bullets did not spare him either. They traveled through his body and can still be found in his shoulder, lung and liver. The bullets have been there for a while because to remove them, Raed would need an operation he cannot afford. He had to learn to live with them. Now a painful hernia keeps him up at night and forced him to stay in bed for weeks. A new health issue that is separate from the bullets. During the Aleppo siege recently, when water was scarce, Raed had to transport heavy containers of drinking water from the collection sites to his home. At home and waiting for him were his 5-year-old daughter and wife.

"I couldn’t hold back the tears of joy when the doctors gave me the news", explains Raed. “Finally, I will be operated. I waited for my turn for too long".

Raed’s tears are not a surprise in Syria, where to get an operation, even the most simple of operations, is almost impossible. The last report published in November by the United Nations Office for Humanitarian Affairs (OCHA) confirms the reality of the ceaseless health crisis. Less than half of the hospital structures are still fully functional, which is clearly not enough to treat the over 11 million Syrian currently in need of care. This dramatic statistic is the result of the constant bombing of the health facilities, the fleeing of most doctors and nurses, and the difficulty in finding medicine.

Sometimes, Syrians have to wait their own life for a treatment. Five-year-old Naur was born with a leg abnormality, but only recently she could be operated. She came to the hospital accompanied by an aunt:

"I still remember my sister’s pregnancy, displaced in the district of Al-Ghouta, Damascus, constantly fearing she would have to flee again. She is still trapped there.”

Nour and Raed were able to receive treatment thanks to Operation Open Hospital, a project launched by AVSI Foundation to address the Syrian health crisis. Since November, AVSI has offered treatment to nearly 1,000 patients. The project was officially launched in July, and aims to support three hospitals in Syria, two in Damascus and one to Aleppo. The project gives the hospitals the possibility to treat for free those who cannot afford to pay for medical care.

After the first phase, when AVSI purchased medical equipment, organized various services in the three hospitals, created committees to receive the patients and identified the most urgent cases, in January the first patients were able to receive treatment. Syrians are in dire need of medical attention and this is just the beginning.