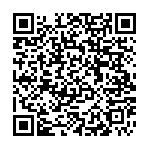 PEPINIERE was implemented in the territory of Masisi in North Kivu from 1 September 2014 to 30 September 2015. In May 2014, AVSI teams carried out an evaluation process that identified increased needs in the education and child protection sector. Identified issues included a reluctance of the community to report cases of sexual violence and child marriages, significant numbers of UASC[1], a lack of a reporting system of violations against children, the strong presence of FAG[2], the recruitment of minors and weak community notions about children's rights. In the education sector, the rate of non-school children in the area was over 40% and many primary schools were destroyed during the clashes between militias. The aim of the project was to contribute to the improvement of the living conditions of children affected by conflicts in Masisi territory. The main expected outcomes were: (i) improving children's access to inclusive primary and pre-primary education, (ii) improving the quality of education, (iii) access to protective spaces for the promotion of children's rights and for displaced, returned and indigenous children and adolescents. The number of direct beneficiaries was 18,500, including 6,753 children between the ages of 3 and 18, displaced, returned and indigenous.

The activities implemented to achieve the proposed objectives were focused on three areas of intervention:

(ii) Quality: training of teachers and school directors on a participatory management of the class, training of PTAs[3] and SMCs[4] on good governance, introduction of a code of conduct for teachers and educators, teacher and educators training on the psychosocial approach and follow-up in educational contexts.

(iii) Child protection: through the organization of creative and recreational activities in CFS, the revitalization of the Community Child Protection Networks and the establishment of a referral system for cases of protection, the creation of IDTR[5] contact points in addition to the community spaces of Éveil and CFS, sensitizing communities to prevent violations of children's rights and promoting a peaceful coexistence, developing risk reduction plans in schools and the psychosocial care of children.

Outcomes and impact for children

Cross-cutting sample survey of children and teachers, combined with the organization of a series of Focus Groups with parents of children in targeted schools. The impact analysis was based on a methodology similar to that used for the initial survey, and was characterized by the complementary collection of quantitative and qualitative data, based on three methods: semi-structured interviews with children and teachers of the schools targeted by the project; Focus Groups with parents of children integrated into schools; a review of data in the Child and Education sectors in the area.

Here are the main outcomes in the sector of child protection (indicators collected from the children surveyed):

- Parents' involvement in school and extracurricular activities has increased, according to the children (from 66% to 83%), who have seen their parents especially care for the maintenance of school spaces

- Reduction of cases of maltreatment and marginalization by the older children (from 36.8% to 27.8%)

- Increased confidence between teachers and students, who, in 93% of cases, say they are willing to refer to teachers in the case of problems at school

- School rehabilitation work, accompanied by awareness-raising sessions on children's rights at the community level, ensured a reduction in the number of children declared not to feel safe at school (from 25% at 8%) ; Also, the percentage of children who reported that their parents were suspicious of teachers declined after the intervention (from 14.8% to 9.1%).

1. While it is true that the school space is supposed to be a protected and adequate place for the development of the child, even and especially in a crisis situation, it is noted that at the school level, focusing only on access itself does not immediately lead to better outcomes in terms of child protection.

2. The school is supposed to be a protective space: interventions in favor of psychosocial support in emergency situations and the rehabilitation of educational spaces (including securing of schooling) are two key actions to be planned in all interventions. The combination of soft and hard actions is therefore to be preferred.

3. Project impact assessments based on interviews and involvement of children are preferable because they increase the level of accountability of organizations to direct beneficiaries and allow the data obtained during the interviews to be analyzed with the adults.