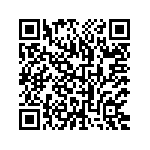 Refugees and migrants. Ideas and best practices between development cooperation and the need for security

While the international community is at work to develop a Global Compact for safe, orderly and regular migration, the public debate is getting more and more polarized between those who are open to welcome migrants and refugees and the ones who are afraid of new influxes and demand reinforced security measures.

Within this context, with the patronage of the Ministry of Foreign Affairs and International Cooperation of Italy, AVSI Foundation organized a side-event on the occasion of the forth coming 72nd United Nations General Assembly to highlight the “Italian approach” to the issue.

The event presented some experiences of partnership among different entities from the civil society, the private sector, the government systems at the local and national level.

Let's start from the title: does it contain two opposites?

The strength of this meeting's title [Refugees and migrants. Ideas and best practices between development cooperation and the need for security] lies in the fact that it contains two terms that today's debate seems to consider contradictory: cooperation and security. The implied objection is: why help countries from where criminals or terrorists might arrive striking death in our cities, raising panic and undermining mutual trust? Are these not wasted resources?

Today, alongside international authorities and figures from civil society and business, we want to prove that no, the two words are not contradictory. On the contrary: development cooperation and the need for security go together: every dollar, reserved for the first (that is, for development aid), and, when used properly, transparently and corresponding to real needs, is an investment towards meeting the need for security demanded by citizens.

This is not just a theory. My conviction is based on concrete cases.

Against the talent show for the poor

A few days ago, the Washington Post told the story of a young girl, Ayan, who lives in the Dadaab refugee camp in Kenya and who, along with 5000 of her peers, participated in a competition promoted by a Canadian University. There were 16 – only 16 - scholarships in Canada as a prize. Not just that: Canadian citizenship would also granted for the winners. The reporter highlighted this young girl's hard work and the high degree of stress involved in passing the selection interview, an almost cruel contest. Above all, it defined this competition as “the only way out” from a pre-determined destiny, the one in the refugee camp where she was born and where she had no hope for a positive future.

Avan had one of two choices: either win this “talent show for the deprived” or be destined to a life of hardship on a piece of barren land with no way out, with neither present nor future.

We all know that the Dadaab camp housed some terrorists who hit the Garissa University in 2015 causing the death of 140 students. That camp has ideal conditions for recruiting the young and desperate and turning them into violent extremists. Into terrorists. Do the young people who live there have anything to lose? What's the alternative?

Education and work [in return] for security

The point is: there IS a choice between two alternatives.

I'm starting from AVSI's experience in 30 countries, every day side-by-side with people technically defined as "vulnerable", that is people who lack clothing, sufficient meals, shelter, who live in uncertainty, but mostly people who do not see a way out.

For us, it’s a struggle we fight with two “weapons”: education and work. These two are closely connected.

A realistic approach to the issue of migration must take all these steps into account. I'd like to share three stories that happened along the path of migration: one in a country of origin, one in a transit country, and one in Italy, that is, a destination country.

1) In Kenya: in 2017, 300 children (between 8 and 15 years old) have started or resumed school, "persuaded" by their peers who took part in scouting groups. This is an unexpected effect of creating scout groups involving 1,400 children, both from the Dadaab camp and the local community. This activity is being funded by the U.S. State Department, Bureau of Population, Refugees and Migration (PRM)..

Moreover, we tracked 200 teachers trained by AVSI in Dadaab in recent years (UNICEF, EU, BPRM funds) that returned to Somalia: they are all working, 36% of them as teachers.

Last but not least, 92% of the young people who attended our St. Kizito Vocational Training School in Nairobi in 2015 have found a job or have continued to study.

These data are not a detail when you consider the recent study "Journey to Extremism in Africa: Drivers, Incentives and the Tipping Point for Recruitment" presented by UNDP that analyzes how young Africans are drawn towards violent extremism. The study found that marginalization, lack of social inclusion and job opportunities and finally, distrust of institutions, all facilitate the decision to join violent groups. Furthermore, the study recommended "community-led initiatives", and points out that, “Delivering services, strengthening institutions, creating pathways to economic empowerment…. is also essential to reducing the sense of marginalization that can increase vulnerability to recruitment.” (UNDP's Dieye).

2) In Lebanon - today, a transit country.

Recently, the newspaper, Al Monitor reported on the story of Khaled: a 30-year-old engineer from Daraa (Syria) who has been in Lebanon since 2012, and has been residing in the small village of Kfar Dines in the Bekaa since 2014. Thanks to a cash-for-work project implemented by AVSI with funds from the Italian Cooperation, he has been able to work in Lebanon instead of wasting his time, or running away abroad across the sea, far away and never coming back. Work – however simple – has been a way for him and his Lebanese neighbors to get to know each other and overcome prejudice.

3) The third case, in Italy, will be shared by Elena Riva, President of Panino Giusto

Education and work are complements which must go hand-in-hand.

Despite the fact that many talk about education, not everyone has the same idea. Even extremists invest in the “education” and training of their recruits for terror.

The difference lies in the type and content of education that we have in mind.

For us, education means building structures and forms of accompanying the person, from preschool age through to adulthood. It means more than just academics. Teaching people to read and write isn't enough; education is something more complex, personal and even radical. Education should be inclusive and of high quality. We believe that it means starting a process whereby the person discovers that his/her situation may have something positive to offer, that the 'other' (the person in front of me) who may be different from me in terms of culture, tradition, religion, shouldn't be looked at as an obstacle, but as an asset, a positive factor, and therefore must be respected and accepted.

Education should be a process that triggers in the individual the desire to follow a plan of growth, and of liberation from even the most difficult situations. This requires confidence in his/herown value and uniqueness.

However, education and training are sterile if, in the end, they do not lead to employment opportunities.

Education that doesn’t lead to decent work generates a sense of injustice, frustration, anger, and a desire for revenge, including even violence.

The reverse is also true: work needs education. To keep pace with development and with competition, training for work is a prerequisite for continued increases in motivation and performance improvement on the job.

The combination of education+work is the largest investment in security and it must be seen as a long-term commitment.

The present times require immediate measures in those countries threatened by terrorism (such as barriers against terror, cooperation between intelligence services, police services...), but this is not enough. We need a long-term perspective.

It is essential not to lose human capital.

This dual commitment to education and employment should be made along the entire route for those who are on the move: in countries of origin, in transit countries and in destination countries. Perhaps the most challenging step is what, today, is called "helping them at home", that is before migrants decide to leave.

It's not just a matter of keeping refugees as far away as possible from European borders, in particular from Italy that has permeable borders.

Once again, it is essential to adopt a long-term perspective.

If Ayan goes to Canada (to return to the first case), and she is one of the most promising students of the refugee camp, who will rebuild her country? Where's the human capital that will support peace and development in Somalia?

If Syrian doctors, teachers, engineers, nurses, all cross the Atlantic or go to Northern Europe, who will rebuild Syria when the war ends?

If there are more Ugandan doctors in London than in Uganda, we have a problem both in Uganda and in London.

Regarding migration, we must never lose sight of the fact that the coin has two sides: how to accept migrants in countries of arrival, while respecting their history, their rights and their needs, while at the same time not overlooking the need of the countries of origin to maintain their human capital. Over the long-term, those countries cannot afford to lose the contribution of those capable of playing a key role in the recovery and development of their country.

Therefore, the phenomenon of migration crossed with the security question must be seen in all its complexity, in all its component factors and as it has developed over time.

That is why we say again that every dollar spent on development cooperation becomes a long-term investment, which will soon bring very substantial gains.

We are at work, tirelessly and transparently, to do just this.

Panelists of the side event: