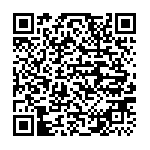 The conflict in Syria and Iraq no longer hits front page news, yet the armed conflict in the two Countries is ongoing. In the district of Raqqa, Homs and Deir al Zur, in the central parts of Syria still controlled by the self-proclaimed Islamic State, as in the city of Tal Afar, to the west of Mosul, near the Syrian border, where Baghdad’s armed forces went on the offensive against ISIS. Although the situation on the ground appears to be stabilizing, following the decision taken in Astana, Kazakhstan, by Russia, Iran and Turkey to create “de-escalation” zones, the humanitarian crisis is dramatic – especially in Syria. Millions of displaced people, hundreds of thousands of migrants and civilians are trapped in the battle zones. Diplomacy is yet to provide an answer. In fact, according to the latest news, the round of peace talks aimed at a nationwide ceasefire for Syria, with the mediation of Iran, Turkey and Russia, scheduled to take place in the capital of Kazakhstan at the end of August, has been postponed to mid-September.

AVSI – Volunteer Association for International Service – seeks to provide concrete answers to the population’s urgent needs. The NGO is present worldwide and in four countries of the region: Jordan, Lebanon, Syria and Iraq. “In Lebanon and Jordan – said AVSI Middle East Program Director Edoardo Tagliani –major efforts are placed in ensuring reception and support to internally displaced persons, to be implemented through job creation, vocational training and, most of all, education.”

According to AVSI, the Region counts “approximately 130 thousand direct recipients, of whom some 75 thousand in the area of education and the remaining in the field of vocational training, and ‘cash for work’ – daily work consisting in creating sources of income for socially useful jobs. In Iraq we are developing healthcare projects with the creation of sanitation structures and facilities. Our work in Syria includes access to drinking water.” Yet such considerable efforts are nothing when compared to “millions of Syrian and Iraqi refugees and displaced persons”, he said. “Calculating the exact numbers is impossible because official figures are dated, especially in Lebanon – the Country hosting the highest number of refugees after Turkey – official refugee registration was inactivated by the UNHCR, the UN Refugee agency, upon the request of the government in April 2015. But refugees continue flocking into Lebanon although for the fist time – he added – some are starting to return.”

For Tagliani Syrian families return to their homeland for several reasons:

“First of all, the withdrawal of ISIS and of other militia from previously controlled territories; secondly, reduced hostilities in so-called ‘de-escalation’ zones of the conflict, and also thanks to the political forces in Lebanon. Over the past weeks Lebanese Ministers went to Damascus to discuss the returns in liberated areas.”

AVSI’s greatest concern are the middle and long-term consequences of a ceaseless crisis such as the Syrian one on families, society and culture.

“There are two very different scenarios: the first involves all those who fled their homes to seek refuge in other areas of the Country or in neighbouring ones. In this scenario the men, who for cultural reasons were bound to become the head of the household by virtue of being the bread-earners, were suddenly left without a job and without an identity.

since almost all males – from 16 to 50 years of age – devote their time to gambling, alcohol and drug abuse, commit acts of violence including sexual violence. Women thus carry the burden of the family coupled by increasing new births, given the high birth-rates registered in refugee communities.” The second scenario, “ that is evident in Syria”, is related to the “low number of males. Many of them have fled to avoid being sent out to war. Those who remained claim that before the war being informed on the religion of their schoolmates was the least of their problems. But today, owing to widespread fear, it’s the first thing they notice. There is an urgent need to dispel the fear of the other.

Religious tensions that used to be contained are now bound to escalate.”

“Christians and other minority groups experience the same degree of suffering as the rest of the population – Tagliani pointed out -.

Unless the social and cultural fabric is restored, we will see areas of only-Christians, only-Sunnis, only-Shiites or of other minority groups- while waiting for the next war to break out. We seek to plant the seeds of friendship, peace and tolerance.”

In this respect, ANVSI has developed two dedicated projects, “Open hospitals”, on an initiative of the Apostolic Nuncio in Syria Cardinal Mario Zenari, and the rebuilding of the kindergarten of Qaraqosh (Iraq). The cardinal decided to open the doors of three catholic hospitals, two located in Damascus and one in Aleppo, to all those who need medical attention and who do not have sufficient funds for adequate medical treatment. “Our dream – Tagliani revealed – is to increase the number of hospitals. We are reopening the kindergarten in Qaraqosh, because many families who fled with the arrival of ISIS are returning to Erbil. By the end of September at least 60 children will go back to school, while 190 while continue their education in the school of the capital of Kurdistan, while waiting to return with their families.”