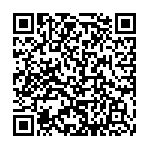 News about Syria from the meeting in Rimini. Edoardo Tagliani, Middle East Programs Director for AVSI (Volunteer Association for International Service). Mr. Tagliani is based in Beirut, Lebanon. However, he is constantly travelling between Syria, Iraq and Jordan.

Mr. Tagliani, you’ve recently returned from Syria, what situation did you find?

“After the Astana accords the situation has improved slightly.”

What does ‘improvement’ mean in a disastrous situation such as the one in Syria at present?

“It means that over the course of the 10 days I spent in Damascus, only three times where there missiles launched in the city’s outskirts. Before this used to happen every day.”

Are there still many internally displaced people moving across the country?

“Yes, people are still moving across the borders, especially on the borders with Lebanon, many are crossing illegally. The embargo which is being implemented has driven prices of products on the black market through the roof for a civilian population exhausted after six years of war. People are also moving across the country to escape areas where the fighting is still on-going. People are very confused about the future of their country. There is talk about the possibility of a federal state or of four divided states, no one knows exactly what the future holds for Syria.

What is the situation in Aleppo?

“Taking as benchmark what happened in that city, the situation today is improved. However, there are still accidents caused by improvised explosive devices (IEDs) and suicide attacks. Some IDPs are returning to the city and a few attempts at rebuilding the city can be seen.”

What are AVSI’s projects in Syria at present?

“We have three on-going projects. One provides assistance to IDPs who have abandoned their homes but remained in Syria. We help them by ensuring these people have access to drinkable water and adequate toilet facilities. A second project supports women who have remained alone, either widowed or with husbands away at the front line. The assistance aims at increasing their small earning capabilities for the family, allowing them to cover the basic daily expenses. The third project is called ‘Open Hospitals’.”

How does this project work?

“The project was born out of an initiative of Cardinal Mario Zenari, the Vatican nuncio in Syria. Cardinal Zenari decided to open the doors of three catholic hospitals, two located in Damascus and one in Aleppo, to all those who need medical attention and who do not have sufficient funds for adequate medical treatment. Often this means to take action in complex pathologies which have often been neglected due to the war.
Unfortunately, basic pharmaceutical products are scares due to the embargo and, if they are not produced in Syria, they cost a fortune. AVSI offers technical support to the Apostolic Nunciature and to the hospitals.”

Which patients suffer most from the current situation?

“Cancer patient. The chemo pouches used for treatments, sometimes contain chemical elements that could be used to produce explosives, this is why they are under embargo. Due to this, treating cancer in Syria today is much harder than elsewhere.”
AVSI