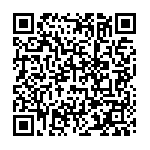 This approach was also conveyed by the European Commission President Jean-Claude Juncker, and reaffirmed by the leaders and spokesmen of the African countries: the countries no longer want neo-colonialist programmes but instead ask for actions in which they are treated as equals.

In this year’s EDDs, the ‘Davos of cooperation’ as some call them, it was Italy that gained a prominent place: not only because many of our leading figures working on international cooperation attended the event and have been involved in the various discussions, but also because three years after the introduction of a new law on development cooperation (Law 125/2014), Italy seems to have the necessary equipment to keep pace with international trends.

And perhaps Italy is even capable of something more: not only it has the tools, such as a dedicated deputy minister, its contribution to the European Migration Compact and the recognition of the private sector as an actor of cooperation, but also the ambition to conduct wide-ranging action. Or at least it wants to try.

Some international issues create cross-cutting crises that require innovative ideas and experience from the field. Migration and development, and migration and security, are often two sides of the same coin.

The issue of migration to Europe from Africa cannot be solved by moving Europe’s borders to Africa, or by investing funds that should be used in the fight against poverty to increase the number of border police and controls. This plan shows its weaknesses under demographic pressure, hunger, drought and wars. And in any case, migratory flows always find openings through which to pass.

But there is one key fact which echoes all other pulling factors for migration: jobs – an essential condition to limit migrants’ departures and to facilitate their integration into destination countries. The External Investment Plan (EIP) that the EU is implementing, and which could mobilise US$60bn to be allocated to companies that intend to invest in Africa, could be a great opportunity to create real jobs with the involvement of civil society and other local realities and institutions.

The same reality also applies to refugees. Those working in refugee camps know from experience that a cash-for-work project may help those who are staying for endless periods in camps in Lebanon, Jordan or Kenya (just to mention some of the many cases) to recover their own dignity. This is proven in detail by a project implemented in Lebanon with the support of Italian Development Cooperation.

Cash granted for a job, which is often of public interest, is useful for both Europe and the migrants’ countries of origin. In fact, this kind of approach prevents the dispersion of ‘human resources’, a precious capital for countries like Syria that one day, once the war is over, will have to relaunch with the help of its people. Those who fled to Europe during the conflict are not likely to return.

“Work without education has a poor future”

But work alone is not enough. Work without education has a poor future ahead, just as the opposite does. Education used as a mantra in cooperation, but it is not just about schooling, but about inclusivity: in addition to the transmission of technical skills, education must provide a precise ‘essence’. Just consider that even those recruiting violent extremists open schools and invest in some forms of training.

At AVSI, we try to summarise the definition as follows: accompanying young people to think critically and discover that the other ‒ someone of a different culture or religion, for example ‒ is good, and should not be perceived as an obstacle to get rid of.

This is the challenge of the Back to the Future project, funded by the MADAD fund, which AVSI and other partners are implementing in Lebanon and Jordan. Numbers help to understand the extent of this: 30,000 children involved in Lebanon, 10,000 in Jordan, with a total of 200,000 indirect beneficiaries.

Work and education undoubtedly deserve the maximum investment that can be allocated to development and security.