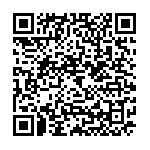 A Panama hat is a traditional brimmed straw hat, which became famous around the world because of the workers on the Panama Canal who wore them, hence the name “Panama Hat”. Now, we can find them everywhere! Contradictory to its name, the Panama hat has nothing to do with the Republic of Panama in Central America. It is actually of Ecuadorian origin. Locally, it is also called “sombrero di paja toquilla”, because it’s made from the plaited leaves of the plant, also known as Carludovica palmata. Weaving of the traditional Ecuadorian toquilla hat is an old art that it was declared an Intangible Cultural Heritage in 2012 by UNESCO. This term is used to define practices, traditions, knowledge and skills communities passed down from generation to generation as part of their culture heritage.

Since the earthquake that hit Ecuador in 2016, the local community of artisans in Picoaza, a former village that decades ago was absorbed by growing urban sprawl of the city of Portoviejo, has been struggling to keep the tradition alive. Before the earthquake, the production of the Panama hat was already dwindling due to economic problems in Ecuador and competition from Chinese hat producer. Today, the situation is even worse.

“We still work on weaving the straw, but we don't have the equipment to make the trim,” explains Margarita, President of a local producers association, composed of families who have been working together for over 60 years and that was formalized two years ago. “We are forced to sell the hats at a much lower price and when they are still unfinished. Therefore, most of the income produced is needed to pay for distribution and there is not much money left for the local producers.”

To preserve the production of the “sombrero in paja toquilla”, and to strengthen all sectors of civil society, which were fragile before and have seen their situation worsen substantially since the earthquake, AVSI Ecuador, in partnership with the Spanish NGO Cesal, local foundations CUET and Crisfe and the Portoviejo Municipal government, has created a project called “Tejiendo Redes” (“Building Networks”). The project is funded in large part by the European Union.

“The main goal of the project is to support families, which were severely affected by the earthquake,” explains Sarah Holtz, AVSI representative in Ecuador. “We are trying to help by implementing actions that can strengthen civil society in fields like Commerce, Crafting and Agriculture. We are offering training classes for productive associations, women and youth to help strengthen organizations and offer real opportunities for citizens to rejoin the workforce and creating operative networks between organizations so that they can collectively improve their neighborhoods, in coordination with local government.

Local artisans in Picoaza were the first to welcome the visit of the European Union representatives, led by Marianne Van Steen, EU Ambassador in Ecuador.