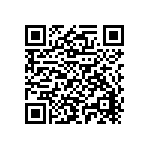 Two pieces of good news coming from Iraqi Kurdistan. First: patients in need of bone marrow transplants have more chances of getting one now than they did a few months ago. Second: this brings new hope and was made possible thanks to the Italian Government. The Italian Agency for Cooperation and Development donated funds to support the Hiwa Cancer Hospital, in Sulaymanyya, in order to buy new medical equipment, and hire Italian doctors specialized in bone marrow transplants.

In Iraqi Kurdistan, there are twice as many cases of thalassemia (a blood disorder) than in the rest of the world, mainly because of the country’s high carrier rate and the frequency of consanguineous marriages. Until 2016, there wasn’t a single hospital in the country that could perform bone marrow transplants.

“Many families would send their children overseas to be treated, in particular to India and Turkey where the surgery costs between $50,000 and $60,000, an amount that 99% of the population cannot afford,” says Edoardo Tagliani, AVSI’s Project Manager in the Middle East.

In 2016, the Hiwa Cancer Hospital in Sulaymanyya, a public and free medical center specialized in oncology and pediatric oncology, became the first and only hospital in the country able to treat the most urgent cases of leukemia and thalassemia with bone borrow transplants. To help the hospital located in the Al-Sulaymāniyyah governorate, AVSI and the Italian Government developed a crucial project that aims to cure at least 100 children with hematology-oncology diagnosis in ten months, and support research into the causes, prevention, and treatment of leukemia.

The local conflict has worsened the public health system. The Al-Sulaymāniyyah governorate hosts at least 200,000 internally displaced people fleeing their villages because of the war. The Islamic State of Iraq is present in some areas of the territory. The Iraqi army, with the Peshmerga troops, is engaged daily in warlike actions to free the occupied cities and villages. Since January 2016, the Hiwa Cancer Hospital has opened its doors to an average of 400 patients per day. One-third of these patients are refugees, living in organized camps or improvised shelter in the urban areas. For them, the Hiwa Cancer Hospital is the only chance of finding a place where they can be treated for free.

“There are many ways to seek treatment,” clarifies Tagliani. “Other than a transplant, patients can go through a series of chemotherapy sessions, but with the war and the enormous number of displaced people, most of them don’t have access to treatment like they used to in their hometowns.”

Despite the war and the investments with military operations that have significantly reduced the state’s budget available, the Kurdish Regional Government and the central government in Baghdad have decided to invest most of the money necessary to run the project because they recognize its importance. In February 2017, the Italian Government decided to fund the project contributing $270,000 and inviting AVSI to manage the project.

“Our role is to bring the Italian doctors and their know-how. The local government contributes with the structural expenses and Italy comes with the savoir-faire,” resumes Tagliani.

The official launch of the project was on May 10, 2017 in the presence of the recently appointed Italian Consul in Iraqi Kurdistan, Serena Muroni. The Italian Agency for Cooperation and Development local staff, the director Gianandrea Sandri, Kurdistan’s health authorities and numerous local media outlets were also present for the ceremony.

The Italian doctors are doing an outstanding job. They come from different hospitals and foundations and are specialized in pediatric oncology, oncohaematology and bone marrow transplants.

For over a year, they have been working alongside the local team of surgeons, nurses and technicians to teach them the knowledge and skills necessary for the diagnosis and treatment of leukemia and thalassemia.

“They are the best specialists in bone marrow transplant you could ever find in Italy and they have accepted to work pro bono and spend some time teaching the Kurds how to save these children’s lives,” says Tagliani.

The four pillars of the medical team are the Project Coordinator, Professor Valentino Conter, Dr. Martha Verna, Dr. Attilio Rovelli and Professor Ignazio Maiolino assisted by Italian nurses and laboratory technicians who have been teaching their Iraqis colleagues how to diagnose these diseases.

“The goal is to develop a center of excellence in one of the most unlikely regions of the world, ” explains Tagliani. “The challenge is to give access to this kind of treatment in a war zone.”

So far, 32 patients have already received bone marrow transplants and the Hiwa Cancer Hospital has many more operations scheduled until December 2017.

The project will take place over a period of ten months. In emergency situations, it is hard to get funds for chronic disease and public health system. But this effort cannot stop: in war zones, we don’t only find those injured as a result of the conflict, but also those who don’t have access to a public health system. These latter patients also need help.

“It would be a huge mistake to treat only the diseases related to the war and forget all the others. The project’s direction is broader: the more chronic the conflict becomes, the more we need to create a sort of normality, even in time of war, ” emphasizes AVSI’s Project Manager in the Middle East.