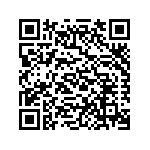 On Thursday, February 16, 2017 AVSI Foundation officially launched the Open Hospitals project which aims at restoring three hospitals in Syria to full functionality from the current 50%, while ensuring free access to medical care for those most in need. The event took place in Rome, Italy, at the Agostino Gemelli Polyclinic Foundation, one of AVSI’s partners on this project. The main sponsors of the initiative are the Apostolic Nuncio and the former Pontifical Council Cor Unum.

What is happening in Syria, in ten simple points.
"How Catholic hospitals can help heal Syria", Cardinal Mario Zenari on Catholic News Agency
“In Syria, everything has been destroyed: houses, hospitals, infrastructure. Syrians are broken, their bodies are broken, and their spirits are broken. There is an urgent need to fix not only the structures, but most importantly the people,” said Cardinal Mario Zenari, the Apostolic Nuncio to Syria at the launch in Rome. “It is just a drop, albeit a very precious drop, in our sea of necessities.”
The Cardinal envisioned the Open Hospitals project with Msgr. Giampietro Dal Toso, then Secretary of Cor Unum, to mobilize financial and material support for the Italian Hospital and the St. Louis Hospital in Damascus, and the St. Louis Hospital in Aleppo, and provide both out-patient service and hospitalization. AVSI, the executing agency, and its partners are turning this vision into reality.
To this end the 3-year project will support the creation of a Social Services Office in each hospital to reach out to and facilitate access to free care by the poor, setting up special units to deal with women and children traumatized by the war and violence, upgrading of equipment, updating of the information and management systems, and the installation of a security system and staff training as appropriate. The estimated cost of the project is around $20 million over the first three years.
“Each of the hospitals is going to open new departments to face the needs and urgencies that came as a result of the conflict: special departments for traumatized children, for women who were subjected to violence and rape during the conflict, and for those mutilated by war,” Cardinal Zenari said.
At the event, AVSI's Secretary General, Giampaolo Silvestri, indicated that the project's main goal is to improve well-being of the poorest people in the cities of Damascus and Aleppo, especially children, women and the elderly.
“AVSI will be responsible for raising funds and transferring them to the three hospitals which will then be able to treat patients at no cost,” explained Silvestri. “At the same time, the hospitals will acquire necessary equipment and support to train staff accordingly.”
After nearly six years of war, the Syrian health system is collapsing. According to UN OCHA current figures, an astounding 11.5 million Syrians, including nearly 5 million children, do not have access to health care. In Damascus, at least 1.5 million people do not have access to hospitals, and in Aleppo the number reaches 2.2 million.
“We can only survive a tragedy like this if we take little and concrete steps,” said Giovanni Raimondi, President of Gemelli Foundation during the event.