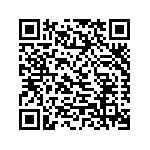 Every day, armed groups attack and kill in the DRC. Currently the country is enduring a series of conflicts between two groups: the pygmies and the luba. in a video reportage from Tanganika region, how AVSI, with unicef and other partners, is helping displaced people to start over.

“I ran away after losing everything I had,” recounts Jaqueline. She walked more than 15 miles carrying her young son on her back to reach Kalemie, a town on the Western Shore of Lake Tanganyika in the Democratic Republic of the Congo (DRC). A group of armed men had raided her village, burned homes and killed her husband. It’s a miracle that she and her son are alive.
The Democratic Republic of the Congo, an often forgotten land of wars, is enduring a series of conflicts between two groups: the hunter-gatherer Pygmies and the Luba, a Bantu ethnic group that lives in the Tanganyika province. The war between Pygmies and Luba is ancient. However, in the last year, the war has worsened and grown to the point that it is now affecting the whole region: hundreds are dead and thousands displaced.
AVSI has been present in DRC since 1972. In response to the conflict, AVSI is supporting the population through the Rapid Response to Population Movements (RRPM) project. This project is jointly managed by UNICEF and OCHA and funded by the European Commission - Humanitarian Aid and Civil Protection department (ECHO), the Common Fund and the governments of the United States, Japan, the United Kingdom and Sweden. RRMP supplies integrated assistance to vulnerable populations affected by displacements, returns, and/or natural disasters. The support RRMP provides includes non-food items and shelters, sufficient drinking water and sanitation facilities, emergency education and access to basic health care.
Most of those who had to flee their village cannot find refuge in the camps. They survive because of the generosity of the population that hosts them. Others seek shelter in churches or in abandoned buildings.​
Since many villages are now empty with the movement of their population to safer villages, these other villages have become dangerously overcrowded, like Kalemie. Every day, the 600,000 people village welcomes hundreds of displaced. RRPM responds and supports these overcrowded villages. Since December, 2016 11,000 people have received support through RRPM, but the emergency continues.