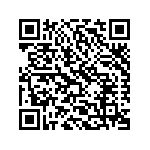 AVSI has been an implementer of community violence reduction (CVR) programs for more than 6 years and was invited to participate in the event “creating space for peace” due to its “tremendously valuable support and contribution to CVR activities in Haiti”. Thanks, in part, to the success of AVSI’s approach, CVR programs have since been implemented in other countries such as Central African Republic, Darfur and Mali.

by Marie L'Hermine, AVSI-USA
On November 16th, 2016, Fiammetta Cappellini, AVSI’s Country Representative in Haiti, and Maria Elena Latini, AVSI’s Program Manager, were invited to celebrate the 10th Anniversary of Community Violence Reduction (CVR) Programs for the UN Peacekeeping Missions. The celebration took place at the United Nations headquarters in New York. The CVR program is a second generation of Disarmament, Demobilization and Re-integration (DDR) programs that, in Haiti, target vulnerable populations in overpopulated and underserved urban areas. AVSI has been an implementer of the program for more than 6 years and was invited to participate in the event “Creating Space for Peace” due to its “tremendously valuable support and contribution to CVR activities in Haiti”. Thanks, in part, to the success of AVSI’s approach, CVR programs have since been implemented in other countries such as Central African Republic, Darfur and Mali.
“We brought to this event our experience and expertise and we shared our involvement in the project which concentrates on the organization and reintegration of women as a strategic solution to violence reduction efforts in the community”, said Fiammetta Cappellini.
Fiammetta is referring to the projects that AVSI has been implementing in Haiti with the objective of reducing violence and more particularly a new project that started in July 2016: “Konbit pou Pwoteksyon Fanm nan Site Soley et Matisan” implemented in the West department of Port au Prince, specifically Cité Soleil and Martissant. AVSI is supporting the Haitian State, specifically the Ministry of Women and Women's Rights (MCFDF in French) in the implementation of its policy to reduce violence against women in order to detect, prevent and respond to community violence against women. More specifically, AVSI is working to prevent and accompany 200 women and girls victimized with an approach that includes local authorities, communities, schools, families, and the men responsible for acts of violence.​
For the last 25 years, DDR programs have been integral parts of post-conflict peace consolidation. The aim of interventions is to reduce the size of armed forces and gangs and reintegrate ex-combatants into society with alternative livehoods. CVR Program continues the efforts of the DDR programs, but looks at the overall community including issues like rebuilding villages and allowing ex-combatants to re-enter the social live of the community. CVR programs also involve assistance in the form of ‘distracting’ activities such as sports to focus on building a community and reaching youth at risk of joining armed gangs. Unlike DDR, CVR involves the private sector and promotes female entrepreneurship to go beyond peacemaking and to transform communities.
​“The success of CVR is the combination of training, employment opportunity and psychosocial support involving the community to transform it and give peace,” said Jan Voordouw, consultant who evaluated CVR program in Haiti with MINUSTAH (the UN Mission to Haiti) during the event.
The innovation of CVR is that it expands on the military approach established with DDR and promotes a more holistic, humanitarian, and people-centered approach that is proving to be highly effective. It is also easily adaptable according to the country, context and culture where it is being implemented. The next step for CVR is its expansion as a prevention tool. It does not have to be used only in post-conflict contexts. ​ “CVR has the ability to transform communities, have political influence, give opportunities to change lives and overall gives peace to individuals and their community,” celebrated Edmond Mulet, UN Chef de Cabinet.
AVSI’s Community Violence Reduction project results:
The community of Cite Soleil and Martissant (local authorities, community leaders, families, schools) were sensitized to the issue of GVB, response and prevention to cases of GBV in the community. 200 girls and women victims of violence were given psychosocial and medical support and were referred to judicial and legal services. 80 men involved in violence against women were accompanied with a program of psychosocial support for behavior change. 200 women and girls increased their capacity for income generation and participated in vocational training. 20 civil society organizations strengthened their capacity to mobilize, raise awareness and take care of girls and women victims of violence.