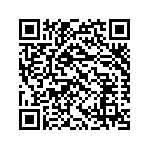 "We need to get ready to respond to an emergency situation, not only in the refugee camps, that might continue over the winter,” warns Marco Perini, AVSI Representative in the Middle East, who has been supporting thousands of refugee families in Erbil over the last two years. The interview with Corriere della Sera.

Humanitarian agencies have warned of the danger of a new disaster in Mosul. What do you expect?
We know that ISIS is using civilians as human shields in the city. But there is also the risk that displaced people might remain trapped on the strip of land between the two military camps. For this reason and from the beginning, AVSI has made an appeal to all Christian organizations to develop an operational plan to cover the first phase of an emergency.
There are over 200,000 refugees fleeing Mosul and more than 55,000 have already arrived in Erbil, but there is only space for 60,000 in the camps…
Yes. And we should also keep in mind that in the last two years at least 400,000 people fled from Mosul and neighboring areas. The newly displaced people are going to complicate an already tragic scenario. It may sound cynical to say but for Iraq, the humanitarian emergency is now a routine.
Where will the first displaced people coming from Mosul be received?
The United Nations Office for the Coordination of Humanitarian Affairs (OCHA) has prepared an emergency plan with 27 new refugee camps, which will be coordinated by their office in Erbil. But this is - as the United Nations officials have explained—a partial plan.
UNICEF has also launched an alert regarding the children. They are particularly concerned about the mines that ISIS will leave behind, as they did in Falluja. Do you think this will make it difficult for the refugees to return?
Absolutely. When we first heard about the new conflict, many of the children that come to our nurseries, which we manage with the Dominican Sisters, wanted to know if they will be able to go back home. But it’s obvious that the return will be more complicated because of ISIS’s mines and possible retaliation. In addition, there will be more tension between different ethnic and religious groups. This is why we think that the time has come to stop teaching children only English, which is currently happening in the camps. Perhaps we should consider the idea that Kurds should learn Arabic and vice versa. We can only avoid hatred if we know each other.