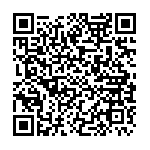 It has been two month since Hurricane Matthew violently struck Haiti on October 4th, resulting in the country's largest humanitarian emergency since the 2010 earthquake. AVSI has already assisted almost 20,000 people, distributing rations of food in partnership with the World Food Programme.

Join AVSI Usa and donate for Haiti
The governmental Directorate of Civil Protection (DPC) of Haiti has so far confirmed 546 deaths and 438 people injured as a result of the hurricane. Although the number of deaths is not as high as after the 2010 earthquake, the number of people affected and displaced is just as high. An estimated 1.4 million people need humanitarian assistance today, and more than 40% of those are children; 141,493 displaced people are living in 204 temporary shelters in the affected areas and nearly 3,500 suspected cholera cases have been reported.
As soon as Hurricane Matthew hit, AVSI start working to support the population in need.
Over the last two months we were able to
•    Distribute rations of food for a month to 19,900 people in Torbeck and Chantal, in partnership with the World Food Programme, a total of 300 tons of food. •    Provide food to 309 children in five orphanages supported by AVSI in Torbeck. •    Start a new project that will revitalize five schools in Torbeck, Chantal, Camp Perrin, and Tiburon, in partnership with UNICEF. •    Also partnering with UNICEF, we will support over 4,000 children through psychosocial activities in these five schools and in other children friendly spaces in the community.
Our work in Torbeck attracted a visit from the UN Children's Fund (UNICEF) Representative for Haiti, Marc Vincent. On october 31st he visited Le Recomfort, one of the orphanages, to congratulate our staff.
While AVSI is working hard to meet immediate needs, we are beginning to plan ahead to enable teachers and students to return to their classrooms. We are also starting to formulate a response to the devastation of the agricultural sector in the region.