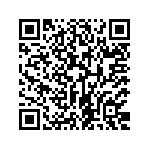 by Daniela Capoferri, AVSI Communication Officer in DRC
From a distance, Minembwe, a territory near Uvira, South Kivu in the Democratic Republic of Congo (DRC), is almost postcard perfect, green and peaceful. But the landscape is a sharp contrast to the daily routine: life here is far from easy. Minembwe can only be accessed by helicopter on a weekly basis from a city a few hours away. The alternative is to arrive on a motorcycle taxi, a trip that is very uncomfortable, or to walk.
“Here, there is no power, and we have to use bucket showers. There’s not much food and it is always the same: rice, beans and foufou, which is made of cassava and is the main food among the Congolese. Fruits and vegetables don’t grow because it’s too hot. Rebels are hiding in the forests nearby and the area is still very dangerous,” explains Diego Filopandi, who works with AVSI in DRC. “Getting ill here is terrifying, giving birth an odyssey. There are no operating theaters. We don’t have access to basic medical infrastructure. There are only a few clinics here able to provide basic care, but if there’s an emergency, you have to rely on luck”. ​ This is all about to change for the 80,000 people who live in the region. On October 27, the Minembwe General Hospital was officially opened. With funding from the European Union, AVSI built a hospital with six pavilions covering 13,000 square feet. The hospital has a male and female ward, a pediatric intensive care unit, a maternity ward, a general surgery ward, a laboratory analysis building and an administrative block.
The official opening was celebrated enthusiastically. It took years for the hospital to be built and involved many contributions, which were all essential to the construction. AVSI officially handed over the hospital to the DRC Ministery of Health, who in turn will manage the facilities and ensure its access to as many people as possible. At the opening ceremony, members of the Taioli family and major donors from Cesena, Italy were all present. ​ During the construction, many people living in Minembwe would come to see the progress of the building. Among them, there was Maman Aimee. She is almost nine months pregnant and has never had access to any pre-natal care. “Kuwa Nguvu, Maman Aimee, Be Strong!”, kept wishing her friends. They hope she will be able to give birth in the new hospital.