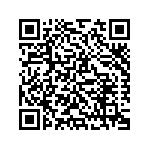 "There are 60,000 homeless, only in the south department, we have to start from scratch". AVSI representative in Haiti, Fiammetta Cappellini, describes how hurricane Matthew destroyed the country.

By Fiammetta Cappellini, AVSI representative in Haiti
In 2010, the earthquake took us by surprise and we were terribly shocked. Six years later, almost seven, Hurricane Matthew hits Haiti and it’s a tragedy foretold. For days we had been following the formation of the storm online.
For days we studied its trajectory and waited. What were we waiting for? Were we hoping that it wouldn't affect us? No, we were waiting for a miracle, we were hoping that the hurricane would dissipate, that in spite of the catastrophic predictions the system would disappear and the sun would shine again. Because when you live on an island, in the middle of the sea and a hurricane decides to cross your way, where do you go? How do you hide? Nowhere. You can only hope for a miracle.

But the miracle never happened. The sky became darker, the clouds bigger and bigger, until it became a gray wall. The wind, the rain, became stronger and stronger, and we didn't know where we were anymore.

Palm trees were bending and then sometimes flying away, gone with the wind. The rain started tapping loudly on the rooftops. It seems you are in the middle of the ocean when a hurricane hits so violently. This hurricane was cruel. It was powerful, the most powerful in the last decade, and it was slow, pausing for a long period of time, and leaving behind destruction and desolation.
Then finally, it was gone, leaving behind a silent land. Now, in Haiti, especially in the South department, there is only silence. Those who have never heard the silence immediately after a disaster cannot understand. It’s a silence that represents death, destruction. It’s a terrible silence.
Water is everywhere, and it’s hard to differentiate the fields from the streets. There are no more houses, no more cultivated land. There is only water, everywhere. They say that overnight we had more than half a meter of rain. Before the hurricane we could see fruit trees, houses, schools and churches… Now we can only see water, and mud. ​
​As soon as the wind stopped blowing wildly, AVSI’s staff gathered, but a few were missing and we could only hope that they were busy trying to rebuild their own houses, that nothing more serious happened to them.
Those who did come to work, drove fast with their Jeeps. First, they looked for our colleagues, and then for the children that AVSI helps in Haiti through our Distant Support Program. Those are our most vulnerable children. Many roads are closed, if not most of them. We cannot even think of reaching the most distant communities, so we began with the closest one, because we had to begin somewhere.
We visit one house at a time. The Jeeps struggle with the mud and sometimes we need one car to tow another. And sometimes that’s not even enough. At the end of the day, we were speechless; shaking our heads. Nothing left.
We visited dozen of families and they all lost their homes. The government evaluates that 95% of the homes disappeared, dragged away by the hurricane, but trying to put in numbers on what happened is a useless exercise. We can summarize the situation in a word: catastrophe. One of our staff members showed me some pictures. She points to a black puddle and tells me: “In this area there was a house”. “Which area?” “There, where now we can only see a black puddle”. The whole life of a family left in a puddle.
There are 60,000 homeless, only in the South department; and we have schools, bridges, and roads to rebuild. Start from scratch. Again. “Why? Why Haiti, again?” We ask ourselves, especially the young ones. The older ones spread their arms, smile and don’t say a word.
The women stare at you for a second and quickly go back to their tasks, preparing a soup with who knows what, with a pot found who knows where, in the mud right outside the shelter. “The children need to eat,” they tell you. And then they look at you with a long hardened look that only a Haitian mother with a brood of children can give you. We understand. Tomorrow, we will come back with our truck, full of rice. Then, we will think about everything else. One step at a time.