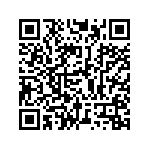 South Sudan at war again: since the eve of the country’s anniversary of independence, the people in Juba haven’t been resting. President Salva Kiir and vice-president Riek Machar loyalists are clashing in many areas of the capital and there are reports of fighting in other regions of the country.

AVSI Foundation, which has been operating in South Sudan since 2005, given the insecurity situation, decided to evacuate its Italian expatriate staff in the hope that a security situation will be restored soon and many ongoing development projects resumed, in order to continue giving support to South Sudanese children, men and women.

Armed clashes in Juba continued throughout the day with little sign of let-up. The areas of UN House (including PoC 1 and 3), Jebel Kujur, Yei road, vicinity of Customs Market, Gudele and Munuki are some of the most affected by the conflict. Tomping has observed a build-up of heavily armed SPLA forces that have been observed to patrol the backstreets, take positions in certain corners and fire off bursts of rounds. Multiple instances of bursts of fire were heard around the Tomping area all thought the day.
The fighting has seen the use of tanks, artillery, Hind helicopters and small arms fire.
The leadership of the TGoNU has continued its appeals for calm. However, there are currently no reports to indicate that a political solution has been reached by those involved in the fighting. This further suggests that clashes will resume today under the assumption that both sides (and any other side should there be more in the mix) are still well armed and have enough fighting forces to continue clashes.
It must be noted that there were multiple reports of verbal and physical aggression against humanitarian staff in vehicles moving towards and from the airport. That being said, several organisations have managed to negotiate their movement to successfully evacuate their staff. It must be noted that, as the day went by, difficulties for movement increased. Should this trend continue, it would result in the complete shutdown of movement of civilian vehicles along the roads.
While most organisations are currently in hibernation mode, it has been made clear by a large number of them that they’ll reduce their numbers to critical staff only once movement to the airport is considered safe.