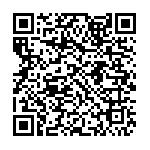 Every day, armed groups attack and kill in the Democratic Republic of Congo (DRC), one of the wealthiest countries in the world in terms of natural resources. The endless conflict has already displaced more than 2 million people.  AVSI is helping the people of DRC to start over through cash transfer.

By Daniela Capoferri, AVSI Communications Officer in DRC ​ We are in South Kivu, one of 26 provinces of the Democratic Republic of the Congo, about two hours by car from Goma. Today we will start distributing cash to 3,000 men, women, and children who were forced to flee their villages because of armed clashes and now are living here in Minova.

The project is called ARCCIII, which stands for Alternative Responses for Communities in Crisis, and it’s considered the largest humanitarian multi-purpose unconditional cash transfer program in the DRC. Thanks to ARCCIII, each family will receive $120: in DRC, this amount is sufficient to buy a mattress, a goat and enough food for a few months.

The road to reach Minova is muddy and bumpy: the dry season does not seem to want to arrive and in the last month, the path became a mix of puddles, holes and craters. Nature is an ancient beauty here, one that precedes us. We are surrounded by hills, green mountains, colorful flowers, banana trees and gigantic sunflowers. One of the African Great Lakes, Lake Kivu, can be seen from everywhere: a dangerous pool of water that gets dark and muddy on the edges. Yet, we can still find here and there some fishermen or see women, men and children taking a bath or washing their clothes.
The landscape is marked by the presence of small children playing in the mud with goats or running after chickens in their villages; huts made of mud and grass; pregnant women carrying cassava roots, bananas, wood and babies. They look tired, but also content and peaceful. Every now and then we can see men sitting on wooden benches, contemplating the emptiness or simply chatting.
They say that when an eagle is flying high in the sky, it can control a vast territory with a single glance, and that the best way to see the complete picture is from the top. But in DRC we need to keep an eye on what is close to us to be able to understand how a country that has extensive deposits of copper, cobalt, and coltan, as well as diamonds, gold, tin, iron ore, and oil, can still be one of the poorest in the world and where the life expectancy (48 years) is one of the lowest recorded worldwide.
“Imagine living in hell, everyday it's like that here,” tells Ayingeneye Nyiramanjebe, who has three children and has been forced to live in a camp for internally displaced people in Rwamiki. Today she walked for two hours to come to Minova where she will receive her $120 transfer. “There are hundreds of victims. Armed groups come to our villages and kill everybody, for no reason.”
As of March, 2015, DRC had more than 2.8 million internally displaced people, on top of the 405,000 refugees who had to flee the country. Many of them live in makeshift camps, way below the most basic living conditions. In their eyes we can see the terror that they have witnessed.
The country’s problems began when King Leopold II of Belgium decided to made the land his private property and named it the Congo Free State. Since then, DRC hasn’t known peace. Presidential elections scheduled to take place this year but that keep being postponed are only part of this dramatic history. In this country, men and women keep struggling, suffering and dying too early.
Approximately 7,000 families in the South Kivu region will receive assistance as part of the ARCCIII project, a partnership among a few NGOs, including AVSI, UNICEF, Concern, Mercy Corps, Save the Children, Catholic Relief Services and Solidarités International. Through an innovative approach, the so-called Unconditional Cash Transfer, AVSI ensures monetary assistance without any constraint or conditions.
Beneficiaries of the ARCCIII program can choose how to respond to their most pressing demands. UNICEF came up with the $120 amount based on complex mathematical calculations that took into account how much money the local market can absorb, the local cost of living and the needs of families. The hope is that families can become the true protagonists of their own path forward. There are numerous awareness-raising sessions organized by the implementing partners to help them use the money wisely. Families will also learn good practices for sanitation, management skills and for the creation of a peaceful environment.
Going forward, the plan is to meet the families who have received the cash transfer in a month’s time. Then, the AVSI staff will discuss with them how they spent the $120 and will evaluate the impact of the ARCCIII project in their lives.
“It was not easy to organize this intervention, nor manage those who were disappointed. A few families had sold their names, others had lost the coupon that gives them the right to collect the allowance, and others were robbed. Now we have to look for the false beneficiaries,” says Paola, AVSI Emergency Project Coordinator in DRC.
But for those who have received the money, at least for a short time, it is easier to smile than to complain. They don’t mind the long walk to get to the distribution center, or to wait in line under the rain or sun, with their feet in the mud. Today, what is most important is to be able to go back “home” without being robbed and maybe even bringing back something that they were able to buy at the Minova market.
“I’m 73 years old and my wife is 60. Four months ago, our house was set on fire. Since then, we lost everything. We were farmers, now we are nothing,” says Victor, who seems very sad and is only able to smile again when his wife comes back with the check. “Finally, tonight we will sleep on a mattress.” Maybe, this way, he can believe he is somebody. Or maybe he can simply believe again that a better future is possible.