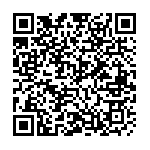 At the very place where European Union policies on the subject of cooperation are decided, AVSI put on an exhibition that illustrates its ongoing experiences using successful projects - concrete examples from Kenya, Brazil, and Ecuador that show the power generated by “beauty” and person-centred care in the first instance as a foundation of lasting and authentic development. Hosted by Massimiliano Salini MEP

AVSI’s exhibition at the European Parliament: stories of hope in international cooperation.

by Dania Tondini, EU Affairs AVSI Foundation With a feverish sentiment because of Brexit, during the last week of June in Brussels at the European Parliament took place the exhibition of AVSI Foundation “Generating Beauty. New Beginnings at the Ends of the Earth” hosted by MEP Massimiliano Salini. But what does beauty have to do with Brexit?
The European institutions are often accused of being distant from the daily reality of people, of being in the middle of the vicious circle of an impervious and self-referential bureaucracy. Bringing some “good practices” from the field to the heart of the system that institutions can “imitate” is one of the constructive contributions that an organization such as AVSI can make today to Europe.
The exhibition presents three realities in Kenya, Ecuador and Brazil in three key areas of international cooperation: education, fight against malnutrition and the so called “women’s empowerment”. Realities where AVSI accompanies people giving priority to relationships, freedom, dignity of each human being. The head teacher of a school who puts a mirror at the entrance of the rural school so that mothers and children can look at themselves and recognize their uniqueness; the grandmother (55 years old!) who learned to read and write; children who can also rediscover family love through their recovery from malnutrition….
It might seem small, except that, upon closer look, all the major processes in history were triggered by small “seeds”. However when it comes to policies, strategies, programs, results, other directions are taken risking to fund what is not effective and measure what is not decisive.
So many times, when we talked about the dignity of the person, or asked to encourage and support the growth of actors for a truly sustainable development, we were told that they were beautiful words but then the conversation went back to procedures. As if techniques were neutral, as if choosing a financing mechanism or another did not depend on what we would want to give value to.
Nobody has the winning recipe for development, but there are some positive experiences ongoing that institutions should look at more and better. Indeed, even Schuman at the beginning of the first European community, called for “concrete achievements, creating first of all a de facto solidarity”. The almost 45-year experience of AVSI all around the world proves that the encounter is the only “system” that can work. Any attempt to generate progress, even with the highest purpose of equality, fails without this.
As Pope Francis said just some days ago: “Statistics do not satisfy us. (…). Without faces and stories, human lives become statistics and we run the risk of bureaucratizing the sufferings of others. (…). This requires us to intervene on different scales and levels, focusing on real people who are suffering and starving, while drawing upon an abundance of enthusiasm and potential that we need to help exploit.”
Real stories attest that real human development comes from a true gaze, from person to person, generating a “spreading” beauty all around the world.
* Address of Pope Francis to the Executive Board of the World Food Programme, June 13th, 2016

The interview (only french)

Europe is the world’s largest donor. The Union and its member states provide more than half of the development aid given by all the world’s governments. At the European Parliament in Brussels, where the EU’s policies are decided, the Italian NGO, AVSI Foundation, working in 30 countries to promote the dignity of the person, presents its exhibition “Generating Beauty. New Beginnings at the Ends of the Earth”.
Which factors are capable of really generating development? How do we affect reality and respond to the challenges of international cooperation? The exhibition, running from 27th to 30th June, attempts to give some responses, starting with AVSI’s ongoing experiences in a group of schools in Kenya, in a rehabilitation and nutritional education centre in Sao Paolo, and an infant education intervention in Ecuador.
Three different cases joined by one aspect, which the exhibition shows: the generative power of beauty that, in the place where it is managed and promoted, facilitates a new start in the lives of children, the young, mothers, fathers, and entire communities.
The videos and images from the photographers, Brett Morton, Pablo Castellani, Alessandro Grassani, and Massimo Viegi, conduct the visitor, through a sort of empathy, to the discovery of humanity and talents, otherwise buried by misery, but are brought out in each story’s setting. Today, they are, for us, a sign of hope and the only real possibility of sustainable development.