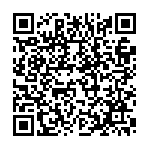 Thirty-two young Iraqis who had to flee their homes because of a war that has already reached its third year of conflict. Thirty-two refugee stories. Thirty-two boys and girls who have recently been selected through a series of individual interviews to participate in a training program run by AVSI Foundation in Iraq. During their course, organized in partnership with the Catholic University in Erbil, they will have the opportunity to learn English and Computer Science.

They all come from Qaraqosh, the largest Christian town of Iraq, 30 km southeast of Mosul, and they all currently live in refugee camps around Erbil or in rented homes in the district of Ankawa. They are boys and girls who, if it wasn’t for the war, would have gone to university, but after their escape, they thought they had lost any chance to build a better future.
The main goals of the AVSI program are to contribute to their professional training and give them better chances to find a job after graduation. The decision to start the program with English and Computer Science is far from arbitrary: these are the fundamental skills in a region where the first language is Kurdish and the use of the computer is essential for most jobs.
Classes started on May 8, 2016 with an event attended by Salahaddin Kako, chancellor of the University of Erbil chancellor, Bishop Bashar Warda, Mayor Jalal Aziz, the general director of Christian Affairs Khalid Jamal Alber, and the representative of Italian Cooperation, Sergio Quattrocchi.