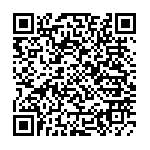 When we mention the name “Ashti1" in Erbil, everybody knows what we are talking about. “It’s the camp for displaced people, the most ramshackle one, the one next to the 'fancy' area,” people will tell you. When we live in a constant state of emergency, contradictions are part of our daily routine: in the same city, in the same neighborhood, in a single strip of land that hosts thousands of those displaced by the war in Iraq, there are refugees who live better than others.

By Marco Perini, AVSI representative in the Middle East, La Stampa
The previous discussions about Ashti1 took place in an area located to the north of Erbil, the capital of Iraqi Kurdistan that only three years ago planned to become the Dubai of Iraq and today is facing a dramatic economic crisis due to the plunging price of a barrel of oil. There are dozens of abandoned construction sites and we can only see the skeletons of those buildings that were supposed to be luxury high rises. While 1,5 million government employees - out of a total of 4 million people - have been receiving only half of their salary for the last eight months, 1.5 million displaced Iraqis have arrived in Erbil, fleeing from Daesh Islamic State violence.
Ashti1 was created in this world of contradictions. In August 2014, 1,000 refugees arrived in Erbil fleeing from Mosul and Qaraqosh. In the Iraqi city, they found two huge tents (at that time only good enough to raise chickens) and a big field. Slowly, patiently and using a few savings they were able to bring, they built a few new houses. After a while, and with the help of a few Catholic communities, they also installed containers where they could sleep, eat, live. The containers are very small: seven and sometimes even ten people have to fit in an area of 200 square feet. The temperature, outside and inside the tents, is unbearable, but at least the floor is made of cement.
Father Jamal also arrived in August 2014 and since then he has acted as the group manager, creating daily “miracles” of survival. “Soon, they will free our cities from the Islamic State and we will be able to go back home,” says Father Jamal while walking through the camp. He talks with the refugees, each of them with very specific needs: medicines, which are few and expensive; water that never gets to the camp; toilets to be fixed. A good shepherd, Jamal cannot abandon his flock.
In March 2015, seven months after the first group of refugees arrived, 5,000 more came to live on the same piece of land. In a short time, thanks to the humanitarian aid which, in the meantime, had begun to operate at full speed, they built a well equipped refugee camp: they also use containers, but those have a water supply, sewer system, electricity, and external protection. In short, they have everything that is missing in Ashti1, whose inhabitants arrived too early, without making too much noise. For these reasons, even if it doesn’t make any sense, they are destined to remain for a long time in this “second division camp”.
It’s a strange sensation meet Jamella, who is six years old and has a lot of energy to play soccer, and at the same time Father Jamal, who is tired of too many battles. They are both refugees, but for “unknown” reasons, their destinies are totally different.