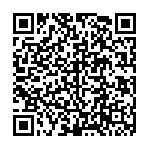 To train teachers and encourage civil society to participate in the creation of new educational policies in one Mexican state with the highest rate of illiteracy and social exclusion. This was the main goal of a project that involved approximately 40 thousand children, 130 teachers, 3 public schools, 70 civil society organizations and 300 parents. Funded by the European Union, the project was organized by AVSI in partnership with the Ibero-American University of Mexico City and the NGO Crecemos.

"The project has helped me to prepare more effective classes, but especially to have a more human approach, capable of preparing the person to a path of a more dignified life,” says Santiago, one of the local teachers involved in the project.
Dressed for the occasion, with elegant pants and a leather jacket, Santiago was one of the teachers who had the opportunity to talk about their experience during AVSI’s the closing ceremony for the project. Santiago teaches in a public training center where recently graduated teachers get ready to start working in elementary schools in the Mixteca region. He joined AVSI’s project in 2013, and since then he has learned how to better prepare his students though a program designed specifically for him and another 129 teachers who work in three teacher training schools in Mixteca.
Santiago and his colleagues represent only part of a project that has also involved 70 civil society organizations and that has contributed substantially to improvement of the local educational system.
“In these three years we have strengthened our professional relationships and we have developed new links which are essential to a strong educational system in the region, ” said Pearl Villanueva, representing one of the organizations involved in the project.
Some of the 300 parents who have participated in the project, taking nutrition and health care courses, also attended the closing ceremony.

"Everything began in 2012 from a simple desire of doing more,” recalls Rossana Stanchi, AVSI representative in Mexico. “Then in 2013 the project became a reality, and today we can say that we have contributed to a major leap in the quality of education in this region. Education is one of the most effective instruments to create a new generation that is more aware and involved.”

Watch the movie (in spanish)