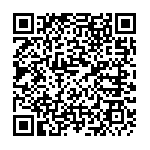 The evolving role of NGOs mustn’t allow us to forget their primary mission, which is to work alongside the weakest members of society, to start a process of authentic development together with people, civil society, and even business. Giampaolo Silvestri analyses the dynamism of the new Italian law on cooperation in an article for the Italian newspaper, La Repubblica

by Giampaolo Silvestri, Secretary General of AVSI Foundation, La Repubblica, May 19, 2016
Recently, a notable Italian diplomat and writer, Roberto Toscano, opened a deep wound with his interview on the uncomfortable role that NGOs are playing all over the world. Lately, organizations like AVSI have been feeling a tighter control, if not actual threats, from regimes that fear that their work foments democratic unrest in their countries.
This is an advocacy role that some NGOs are taking on and paying very high prices for doing so. One risk is that these NGOs become almost exclusively focused on this advocacy role, and lose direct contact, on the ground, with the people who they want to defend. More than anything, an NGO should work alongside the weakest people on earth, to start, together with them, a process of authentic development.
To steal an expression from military strategists, an NGO is required to be the “boots on the ground” because its lifeblood is derived from this position, the protection of infringed rights. On this front, Italy is carving itself a profile of international significance thanks to the new law on cooperation, which took effect on January 1, 2016.
The Italian government has recognized the political significance of development cooperation with the new law which has triggered an energizing revolution, as seen in the creation of the Italian Agency for Cooperation and Development and the start of the Development Bank through the Italian public bank, Cassa Depositi e Prestiti. An early example of the changes to come is the announcement, to be released shortly by the Agency, that calls on different actors of civil society to involve themselves in innovative projects.
Civil society should be understood as a web of dynamic relationships that is born from people coming together in view of the common good. One of the cornerstones of the new law is the incentive for collaboration between NGOs and private business. This course of action calls for creativity and audacity, but opens up paths for sustainable development that is resistant to crisis.
There are already some working examples: ENEL and ENI (two Italian multinational energy companies), just to quote a couple of cases. In Latin America and in Africa, through partnership with NGOs already active for years in the field, they have been able to support access to energy in informal settlements while also developing social interventions and services for the population.
They’ve truly cut a ‘good deal’, and not because they pretend to be ‘good’ multinationals. With the new law, it will be possible to also involve small and medium sized enterprises, a real Italian asset, in this process.
We should insist on this path forward. Development partnerships with businesses could give Italy a new central role on the international landscape and could contribute to our economic recovery with stamina.