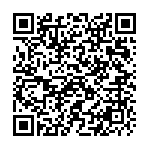 Genocide in Rwanda, the craftswomen who want to rebuild a community. More than two decades after the conflict between Hutu and Tutsi that caused more than a million deaths, Rwanda continues its journey towards reconciliation. Around a hundred women of both ethnicities working together in a coffee cooperative.

By Andrea Bianchessi, AVSI Foundation manager for Eastern Africa, La Stampa.it
KIGALI - The face, marked by age, betrays all her 55 years. But the smile and the eyes of Daphrose shine joyously among the deep lines. The three terrible months of genocide in Rwanda, in the spring of 1994, when more than a million people were massacred in her country, have marked her life forever. During that time, she lost her house and saw friends, family, and neighbours brutally assassinated, while she and her five children had to flee far from the capital.
Today, some twenty years later, and while Rwanda prepares for its usual month of commemoration, Daphrose has become president of a cooperative that produces and sells coffee in the capital, Kigali. It is a group of 140 women of all ages, and both Hutu and Tutsi, the two ethnicities that faced each other during the genocide. Now, they help one another overcome life’s little difficulties. When one of the mothers needs to pay a specialist medical bill for her child, or to repair the roof of her home, Daphrose’s cooperative takes care to find the money necessary.

“We’ve been working together for ten years now”, recalls Daphrose, “We harvest the coffee, oversee the first drying process of the seeds, and then we sell them on - at an honest price. We no longer sell to the first merchant that offers to buy it, often at prices lower than market rate”.
Daphrose’s cooperative isn’t an isolated case in Rwanda. Her example has been followed by the Urubohero, a group of 90 women who, together, make artisanal products and, if somebody visits, never miss the opportunity to welcome the visitor with songs and dancing. They produce agaseke, traditional Rwandan coloured baskets, as well as bags, soaps, and natural products. They also export them abroad, thanks to a collaboration with the local Ministry of Commerce.
An unhoped-for success until 10 years ago, when the Urubohero adventure began with the launch of a self-managed nursery. The mothers take turns in caring for the children, allowing the others to work to support their families.


Little experiences, born from the necessity to react to the great daily challenges that this little country in Subsaharan Africa presents them, that have become examples of success. Thanks also to the work of Lorette Birara, herself a Rwandan, and forced to flee to Belgium during the genocide, to then return to contribute to the rebirth of Rwanda. Today, Lorette is manager of the NGO, AVSI Foundation, in Rwanda, managing the projects that the Italian organisation has been carrying out since 1994, and views with pride the fruits of the work of this cooperative that she has contributed to support.


“A few years ago, it wasn’t even possible to imagine a peaceful meeting between even ten of [these people]”, Loretta explains. “Now, more than a hundred are working together. A community has been reborn”.