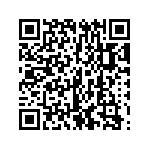 “Africa/EU relations – Past, Present and Future”. This was the theme of Africa Week, a political and cultural event organized last April in Brussels by the S&D Group (Socialists & Democrats in the European Parliament) in partnership with the Global Progressive Forum (GPF), and in cooperation with the Foundation for European Progressive Studies (FEPS), the Friedrich Ebert Foundation (FES), the Party of European Socialists (PES) Women, Solidar, and the Université Libre de Bruxelles (ULB).

Find out more on 4Africa
di Dania Tondini, EU Affairs AVSI Foundation
This year, the S&D Group’s Africa Week aimed at celebrating Africa-EU relations and discussing ways to give them a new direction. It was an initiative that, because the EU is currently discussing the renewal of the Cotonou Treaty, placed particular emphasis on the role that the African continent can play in global political, economic, social and environmental challenges.
This approach was evident during the conference “Africa: In the Heart of a Globalized World” that had, among its participants Gianni Pittella MEP, President of the S&D Group, Martin Schulz MEP, President of the European Parliament, Federica Mogherini, EU High Representative on Foreign Affairs, Hon. Aissata Tall Sall, Member of the Parliament of Sénégal and Hon.
William Nokrach, Member of Parliament of Uganda. During his speech, Nokrach, who worked with AVSI for over a decade, had the opportunity to talk about the NGO programs aimed at the psychosocial recovery of child soldiers.
“Civil society organizations should receive more support because, in delicate situations, they can be more effective than the governments,” said Nokrach. “My experience with AVSI has made me understand the importance of putting the person at the center of any effort.”
The panel “Viva Africa Africa in the Eyes of Africans,” moderated by Silvia Costa, President of the Committee On Culture and Education at the European Parliament, presented two parallel processes that are currently taking place simultaneously in Africa and in Europe. While Africa is discovering a new identity for itself, Europe seems to be going through a profound identity crisis.
There was also a discussion on what it means to be African or European in 2016. Among the panelists were: Yashpal Tandon, Economist, Eric Gitari, Human Rights Activist Consuelo Cruz, Grupo Federal Afrosocialista, and John Mary Vianney Mitana, director of the Luigi Giussani Institute of Higher Education (LGIHE), an AVSI partner in Kampala, Uganda.
“When tackling the educational challenge, the goal is not to contribute to the construction of an African identity, but to promote the identity of each human being,” said Mitana.
Mitana spoke about his experience with LGIHE, which has developed over the years an educational approach focused on the person’s growth. At LGIHE, education is not seen only as a way to transmit knowledge. To educate also implies accompanying the person, his family and his community, on a journey to discover his/her own value and the value of others.
“Today, taking into consideration the challenges presented by our time, being trained to recognize what is good in ourselves and in others is the most powerful antidote against every form of violence,” said Mitana. “It allows us to eradicate violence from its foundation and to lay new foundations for peaceful coexistence and the construction of healthy nations.”