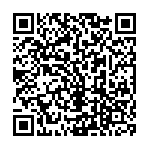 Over five days, more than 80 staff members from AVSI country offices and projects around the world gathered together in Italy for the AVSI Annual Meeting 2016 (AAM16). This year’s theme was “Living an epochal change. The person’s good, the common good” and the main goal was to exchange experiences from the 30 countries where AVSI carries out humanitarian and development projects, and to learn more, meet specialists and discuss new ways forward.

The common work was planned so as to facilitate dialogue at two levels: first an exchange of field experiences and reflection on the work done over the past year, and second a deepening of its collective understanding of the world and its role in it. These two dimensions constitute what is original in AVSI, an NGO with 40 years of history, still eager to learn even in situations of poverty and crisis that would discourage the strongest among us.

Participating staff members came from countries and regions in crisis, like the Middle East, seriously wounded by the Syrian civil war, or from the Far East, in particular from Myanmar which has experienced severe environmental emergencies in recent years. Others traveled from sub-Saharan Africa, where hunger, war and migrations generate hundreds of thousands of displaced persons and refugees, and from Latin America, where the economic crisis is dramatically increasing levels of poverty.

During AAM16, AVSI staff had the opportunity to participate in working groups on different themes which are highly relevant to AVSI’s mission and programming (Education in Emergency, Urban Development, Family Approach and Agriculture and Food Security, Energy, Communications, relationships with institutions, such as USAID, EU, etc) and to attend lectures given by professors, specialists and journalists.
Among its guests, the AAM16 had Dr. Silvano Petrosino, professor of Theoretical Philosophy at University of the Sacred Heart in Milan, who explained the theme of the meeting from an anthropological point of view; Riccardo Readaelli, professor of Geopolitics at the Faculty of Political Sciences at the Catholic University of Milan, who spoke about how we need to change the lens we use to read the current international situation; and Roberto Rho, of the Italian newspaper La Repubblica, who talked about the media revolution.
During the weeklong meeting, AVSI also organized the public event “NGOs and businesses: realism and boldness for a new cooperation”, with Bernardo Bini Smaghi, Director of the Cassa Depositi e Prestiti; Maria Cristina Papetti, Head of Sustainability Projects and Practice Sharing at Enel; and Gian Alfonso Borromeo, Outreach Director of Grella SpA. The event was organized as an opportunity to understand how NGOs can work more effectively in partnership with private institutions.
The AAM16 theme was inspired by Pope Francis’ speech last November in Florence, when he said that «we are not living an epoch of change so much as an epochal change». «We wanted to find out what is really happening and what it meant by this epochal change» - explained Giampaolo Silvestri, Secretary General of AVSI. «We can only face the challenges that this epochal change presents if we accept that we have to change as well. Even for those who deal with international cooperation it is possible to see a crisis as an opportunity for growth and development for us, but also for the developing countries. The one who doesn’t change dies slowly. What keeps us going is that the dawn of this new era is already here, we can glimpse its brightness».