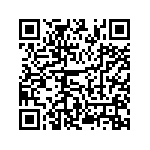 AVSI country representative in Damascus explains what it means to live in a city where "being bombarded every day no longer makes headlines".

“The population is depleted, we live an ongoing emergency situation,” explains Anton Barbu, AVSI country representative in Damascus. Barbu has been living in Damascus for the last 5 months, working on AVSI projects to help Syrian population. His main goals: to ensure secure access to water and proper sanitation in the capital’s rural area. In the following interview, he told us what it means to live in a city where “being bombarded every single day no longer makes headlines.”
Anton Barbu is a Romanian citizen and speaks Italian and English perfectly. He is only 29 years old, but has already worked in countries where the challenges of humanitarian cooperation are the hardest. Before becoming AVSI country representative in Damascus, he managed, for almost four years the education projects in Dadaab, Kenya, world's largest refugee camp, where emergency conditions are the ordinary.
From Damascus, he tells us about an exhausted city, where it's hard even to have access to basic human needs like water and proper health care. A city where it’s a daily struggle to find gasoline, to have electricity, buy food or have a job. And after almost six years of the Syrian Civil War "people cannot go on any longer”.
In which conditions did you find Syria?
Damascus is a city that has been under siege for the last five years, undergoing daily attacks. There are mainly women and children in town, while most men are serving on the front lines. Damascus is a city that has changed dramatically in the last five years, its population has changed, they got used to the current situation as if it were ordinary.
Syria has already suffered a lot and unfortunately it seems it will still be suffering for a long time; it has experienced many horrors and it will be very hard to overcome them. That’s why I’m here. AVSI main goal is to reshape Syria to what it was before: a developed country with a rich culture and tradition.
What is AVSI doing to sustain Damascus population?
AVSI has begun to collaborate with the Italian Hospital in Damascus and with the Sisters of the Good Shepherd in the Babtuma district. We work in partnership with the United Nations, the Syrian Arab Red Crescent and local government entities. We have been focusing our work in Sahnaya and Ashrafiet Sahnaya (25 km south of Damascus).
AVSI goal is to support people in these areas, especially women and children, by distributing personal hygiene kits. We are also working in partnership with local communities to rehabilitate the water infrastructure, rebuilding bathrooms and wells.
In general, we have set specific goals to support the population: ensure proper sanitation, provide safe places to accommodate women and children, offer psycho-social assistance to those who are going through difficult situations, and promote training courses for work.
How is the situation on the ground?
We live in an area under the control of the Syrian government forces. More than 350,000 displaced people are here, most of whom who had to flee from areas controlled by the rebels or ISIS.
Do you feel safe?
We are Syrian Government guests. AVSI is one of the few international organizations that was authorized to operate in the country. This is why our projects are always under supervision and we can only work where we have authorization. We have to remember that Syria is a country at war, it’s not easy to work here.
Are there many areas that the NGOs cannot reach?
Yes, over 450 thousand people live in isolated areas, besieged by the rebel forces. Every now and then the UN, in partnership with the Red Cross and the Syrian Arab Red Crescent manage to give some support to these areas, but only after a long period of negotiation. Even then, the humanitarian agencies can send their aid convoys, but they cannot be part of the group.
In the meantime, all over the world, the refugees are still making headlines. And the refugees they continue to arrive.
Here we have 2 million internally displaced persons. People who have no other options. On one side they face the terrorists and on the other the Mediterranean sea. What would you choose? Many of them are intellectuals and University graduates. Many are highly qualified professionals. Europe should welcome these people. Across the continent birth rates are tumbling. It is not only a question of being "human" and helping those who are in difficulty, these people could really be helpful in Europe.