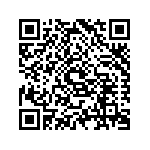 The public and private sectors, the Catholic Church and an international development organization: at AVSI’s headquarters in Milan, an unprecedented meeting to reaffirm the scope of commitment. Among the guests were the Mayor of Milan, Giuliano Pisapia, the CEO of Eni, Claudio Descalzi, the Episcopal Vicar of Milan, Msgr. Luca Bressan, and the President of Doxa, Marina Salamon.

An unusual and diverse cast of characters was convened on Monday, January 11th by AVSI Foundation, a leading Italian NGO. The purpose of the meeting was to review the progress of the campaign “Refugees and Us: We are All on the Same Road”. Launched before Christmas, the campaign is carried out in partnership with other local NGOs in Milan.
Giuliano Pisapia, Mayor of Milan, Claudio Descalzi, CEO of Eni, and Msgr. Luca Bressan, Episcopal Vicar of Milan, gathered at AVSI headquarters in Milan, along with an entrepreneur, Marina Salamon, President of Doxa. Leading the meeting was Giampaolo Silvestri, Secretary General of AVSI.
The meeting began with the voices of four workers on the front line of those countries at the origin of the recent impressive flow of refugees: Lebanon, Syria, South Sudan and Kenya. (AVSI is working in Dadaab, the largest refugee camp in the world).
Andrea Bianchessi’s testimonial from Dadaab, Kenya was extraordinary: he told about a commitment to ensure access to school for 60,000 young people living in the camps by building or renovating classrooms and training teachers. Take note that 90% of the camps’ refugees are Muslims of Somali origin.

Giuliano Pisapia talked about the welcoming process in Milan in 2015: thanks to the work of Caritas and Arca Foundation, 84,000 people have been received, including 11,400 children. "In the future," said Pisapia, "we will have to act more and more on several levels, of which welcoming is only one. The most important effort is to be able to give hope for the future by supporting young women and men not only to survive but to live with dignity by contributing to the development of their country. “
Claudio Descalzi discussed Eni’s industrial policy in Africa: "Our strategy is to create value. Because value is an investment in the future, and therefore it’s even more important than profit. " The Eni CEO used the limited access to energy in African countries as an example: "In sub-Saharan countries over 650 million people do not have access to energy. This means that heat is created with any form of biomass, with severe effects on pollution. Every year there are 4 million deaths caused by this situation. Hence the policy of Eni is to expand electrification in the countries where we are engaged, just as an investment in favor of those countries; in Congo we reached 65%.”
Luca Bressan also used the word “welcome” as a fundamental key to unlock a better future. "We are not only thinking about their lives, but also about our future,” he said.
Giampaolo Silvestri closed the meeting by emphasizing the importance of partnership among NGOs, public and private sectors and the Catholic Church to deal with what has become the biggest humanitarian issue of our times: "In 2015, the number of refugees reached a record, 60 million. It’s important that we remember that most of the refugees, are not in Italy, but they are in neighboring countries, often poor countries themselves. That is precisely why AVSI is on the front line in such countries”.