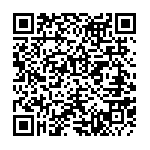 A change of scale for the alternative prison system implemented by AVSI and the Brazilian Association APAC aimed at improving living conditions of Brazilian convicts. A new initiative funded by the European Union aims to extend the APAC method to 3 other Brazilian States, after the success of 42 rehabilitation centers for prisoners in Minas Gerais. Moreover, in one of the centers, a production unit will be started up in close collaboration with the private sector.

AVSI presented its experience with APACs and on human rights projects carried out in Brazil at the EU-Brazil Civil Society Forum and at the EU-Brazil Seminar on Business and Human Rights held on December 15th and 16th. The two meetings took place in Brasilia, in the framework of the first Business and Human Rights Seminar aimed at collecting the most significant Brazilian experiences in the human rights sector, with the presence of Stavros Lambrinidis, EU Special Representative for Human Rights.

Faced with the overcrowding of its traditional prisons, which has become a source of violence, Brazil has developed an alternative prison system. This ‘APAC’ method takes its name from the Association for the Protection and Assistance of Convicted persons, which has been developing the method for some forty years. This alternative system has since been rolled out across the country.
Detainees are regarded more as people undergoing rehabilitation and their psychological, social and spiritual state is monitored. Health, education and self-respect are the cornerstones of this social reintegration method. The cost of this type of prison is much lower than that of conventional prisons, escapes are extremely rare and the reconviction rate is much lower.
The project - The project supports the structures of this alternative prison system at Belo Horizonte. By increasing the effectiveness of its organisation, it has reduced the number of acts of violence against the prison population and against former detainees. By developing more humane prisons, this project has allowed detainees to be rehabilitated and has provided them with professional training to meet the needs of local businesses.
In alternative prisons, detainees get involved in community life, take on work, and benefit from legal assistance, medical aid, training, religious support and monitoring of the progress of their social reintegration. This approach is therefore based primarily on rehabilitation through work, but not only this, since its main aim is to empower convicted persons.

AVSI Foundation and its highly experienced Brazilian partners support and strengthen the role and place of these alternative prisons.

To ensure the successful conclusion of their actions and deliberations, they can rely on support from the different legal and social institutions, such as the Court of Justice of Minas Gerais or the Minas Pela Paz Institute.
The project develops the action guidelines of the APAC to help these structures overcome the difficulties of implementing this alternative methodology. The project also improves this method by organising the collection of data and by training 75 team members in five different APAC.
Training courses leading to qualifications have been prepared to meet the labour demand from the different economic sectors of the region, which include the sectors of industry, services (gardening, cooking, bakery) and production. The training programmes have developed a technical component, but they also include a human dimension covering different aspects such as communication, interpersonal relationships, teamwork and ethics.
The success of the project clearly involves raising the awareness of the private sector and the human resources departments, and also developing communications relating to this alternatives.