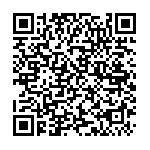 Pope Francis has come to Kenya, a country full of contrasts. He has being waited for by those who live in Kibera and Dadaab. And he has told them: "Violence is not the last word: take courage, go ahead, I'm with you".

From Nairobi, Andrea Bianchessi, Country Representative AVSI Kenya
Kenya: 46 million inhabitants, twice the size of Italy; here Robert Baden-Powell, founder of the Boy Scouts movement, lived and died; here Karen Blixen wrote "Out of Africa"; here on the coast there is Malindi, a tourist area with signs in Italian (and the exclusive Billionaire club); here there is Mount Kenya, the second highest mountain in Africa after Kilimanjaro; in the parks you can find the "Big Five", the five biggest animals of the savannah.
Yet, also here, the wound of the massacre earlier in 2015 of the 147 students at Garissa is still open and the 2013 attack at the Westgate shopping center where 68 innocent people were killed by terrorists is still fresh in our memory. Security checks are extremely high, with metal detectors everywhere in the supermarkets, restaurants, churches. Apart from the "matatu", the Kenyan buses which always have the right of way, or better they can do what they want, a policeman can put you in jail because you don’t give the way or because you light a cigarette at the airport.
Pope Francis has come to Kenya, a country full of contrasts. For months there has been talk about him. Catholics, who are 23% of the population, are jumping for joy, but so are Protestants (60% of the population) and Muslims (11%) who also waited anxiously. President Kenyatta announced that November 26th, the day of the Mass with the Pope, will be a holiday and national day of prayer and reflection. More than one and a half million people were expected and people have organized to travel up to 24 hours on "matatus" to participate. Over 10,000 policemen will be deployed; the Italian embassy has already issued a risk alert for attacks.
The attraction of Pope Francis is strong in Kenya because everyone recognizes him as authoritative, especially here where corruption is rampant, where a minister had to resign and a high-level politician has been alleged of using public funds to purchase erotic games.
Pope Francis was being waited for by those who live in Kibera, the largest slum in the world with about 700,000 people, where amidst poverty, violence and degradation, the Little Prince Primary School was born 15 years ago from an AVSI project. At first it was just a hut with 15 students, but it has grown and has allowed guys like Ignatius, a street child, to enter the doors of Kenyatta University.
Pope Francis was being waited for by those who live in Dadaab, the largest refugee camp in the world with 350,000 inhabitants. It is located 80 km from Garissa and is the camp from where the Al-Shabab militia left to hit the University in the deadly attacks earlier this year. Here Khadijam and Abdullahh, twins aged 14 who were born in Somalia, live with their peers and friends Abdullahi and Lydia, brothers born in Ethiopia. These four guys along with another 82 children from 40 schools of the Dadaab camp, spent a few days outside of the camp for the first time. The occasion was a boy scout camp organized by AVSI. At camp they could sing and dance, play and pray together, cook and put up tents. Abdullah told his friends: "We should have gone to Nairobi to attend a national scouts meeting, but it was not possible because we are refugees; but I have the insignia of the Scouts of Kenya, then why don’t they let us go? The country's situation is increasingly worrying, authorities have restricted the possibility of movement outside the camp and have withdrawn permissions initially granted because of an increased level of security. But Abdullah’s question remains emblematic, it casts light on the life of a whole country.
Just like Abdullah and Ignatius who want to grow, all Kenyans who ask to meet with Francis are longing for a job, a response to injustice, a glimmer of hope and opportunity. Ignatius wants to become the president of Kenya and he, with all his fellow citizens, is asking the Pope for encouragement. Pope Frances has told them: "Violence is not the last word: take courage, go ahead, I'm with you."