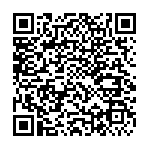 The EU Children of Peace initiative funds humanitarian projects for children in conflict regions, providing them with access to schools where they can learn in a safe environment. In the Democratic Republic of Congo, a project supported by the EU Children of Peace initiative and implemented by the NGO AVSI  provides primary education and pre-school access to thousands of conflict-affected children.

Aimée la Rose is in the first year of primary school. When the AVSI official asks her what she wants to do when she grows up, she puts her books to one side ceremoniously. “I'm going to be a teacher”, she replies proudly.
Philippe Lukoo, also in the first year of primary school, dreams of becoming a teacher too, “so I can beat the children who break the rules”, he adds. He makes us laugh. To each his own, as the saying goes. Philippe insists on showing us his seat in the first row of the new classroom. He explains that the next day he will be sitting there next to his best friend Sadiki.
In December 2013, the school attended by Aimée, Philippe and Sadiki, along with all the other children from Myumba, a small village in North Kivu Province, was burnt down during clashes between the state army and the rebels. “They came, they attacked the school and they burnt it down”, remembers Dasinwa Mihio Lesbons, the schoolteachers' representative. “The children ran away. All the equipment belonging to the school was destroyed as well”.
As soon as there was a lull in hostilities and the situation became calmer, the village tried to regain some semblance of normality, starting with the children. Lessons were resumed in cottages owned by villagers who had decided to escape from the war by leaving the village for good. Two classes were held in the village church. Although lessons had restarted, teaching conditions were still very difficult, explains Mr Dasinwa. “We had no teaching materials and we didn't even know whether the children understood what they were being taught. We were teaching in a kind of desert”.
AVSI’s PEPINIERE project has just finished building a new six-classroom school in Myumba, which will provide children with an educational environment that is safe and adequate to their needs. This project is financed by the European Commission's Humanitarian Aid and Civil Protection department (ECHO).
A second school was built in the village of Kinyumba. The children there used to have classes in an old building in a state of disrepair. It had been previously used for drying tea. Thanks to AVSI’s efforts, the village now has a new school with six classrooms in use.
In January 2015, three new classrooms were added at the Lukweti primary school. At present, around 6 000 school kits are distributed to all primary students in the region in order to equip children with the necessary pens, exercise books and pencils for their studies.
“We are very proud that AVSI has helped to build the school. It is a dream come true”, the teacher explains. “The number of children attending the school has grown”, he says. “Children who formerly belonged to the militia now come to school.”
AVSI is also involved in child protection. Six 'child-friendly spaces' have been operational since November 2014. Their purpose is to give a boost to children who have been traumatised by insecurity and violence or demobilised from armed groups. Six committees for child protection have been set up to support these children and to work with the whole community to create a favourable environment for children to grow up in.
“Before AVSI arrived, these children didn't go to school, they had nothing to do, they were vagabonds”, states Mumfa Nuriziki, organiser of the child-friendly spaces. “Now, thanks to the training, we organise games and songs for the children every afternoon. This helps them to cope with their difficult situation”.
In the morning, children from 3 to 5 years old come to the ‘early childhood development centres’, where the organisers sing and play with them, helping them to develop their skills and preparing them to start primary school at age of 6. People have responded positively to this initiative and the number of children participating increases every day. “At home, the children were unfocused and doing nothing educational. They were also at risk of injury and road accidents, not being supervised by adults. Now they have a place where they are properly supervised. The impact on their development is already visible: children who did not speak at home have begun to speak in the group during the activities” reports Kahindo Micheline, supervisor of the Kishondja centre.
“It does them a lot of good to have the support and appreciation of the whole community,” comments Wannes Carlier, head of the PEPINIERE project. “Seeing more and more children play and sing enthusiastically every day in the spaces that we have created for them gives us the motivation needed to overcome the many difficulties we experience when working in such delicate circumstances”.