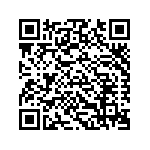 In Iraqi Kurdistan, AVSI is working together with Caritas and Patriarcato Caldeo to help the many who are fleeing from war zones. Here is the story of Giampaolo Silvestri, secretery general of AVSI, after his return from Kurdistan capital Erbil

How we help iraqi refugees
by Giampaolo Silvestri, secretary general of AVSI
In the refugee camps of Erbil, two children Dohuk and Zakho play in the dust with whatever they find. It is they who have been most affected and damaged by the humanitarian crisis that has resulted in more than two million refugees fleeing from Iraq. The crisis within the crisis, the greatest need is theirs. It is as ever education which is most at risk in the current emergency.
The burden of the future. Even here in Kurdistan, as in Syria, war has placed a huge burden on the future of an entire generation. For the thousands of children that live in the refugee camps and will one day be the leaders of these countries, going to school to receive a decent education is the only way for them to build a different future and return to freedom. Alone, in a corner amid piles of rubbish near the enormous Sharia refugee camp there is a child who seems to have already figured out that education is vital, and is curled up with a book on his lap studying English.
“Daesh” the word used to describe the horror. Upon our arrival in Erbil, capital of Iraqi Kurdistan it seemed so different. What we saw at first glance seemed a long way from the scenes of tragedy we had heard about in the newspapers. Erbil is an expanding city, there is constant construction, it is full of shopping centres and luxury hotels where Arabs and Westerners mingle and do business. The citadel is very old, the oldest inhabited settlement in the world, and for this reason it is a UNESCO world heritage site.
But today Erbil is a refugee haven for the majority of Iraqi refugees, known as IDP, Internally Displaced People. They arrived on foot from Nineveh, they had to abandon their houses and belongings due to the violent attacks from Islamic State militants. Or, to use the arabic acronym: from the Daesh. This word is repeated by all like a lullaby, to express all the horror and pain of what has happened. A human wave has poured into the areas of Kurdistan, protected by peshmerga, Kurdish fighters, and soldiers of the Western coalition, including Italians.
Aid to regain dignity. Since the bishop of Baghdad Monsignor Warduni's appeal last summer, the AVSI Foundation, with 137 NGO projects in place in 30 countries around the world, has been at work in Kurdistan for about six months, alongside Patriarcato Caldeo and Caritas Iraq. The intention is to give help and first aid to those who arrive, exhausted from their journey, with fear still in their eyes and the wish to start living in safety once more. The first families to arrive were put into accommodation months ago. Their rent has been paid thanks to the generosity of many people in Italy who have been moved to act in the face of the tragic events occurring in Iraq and have chosen to donate what they could. The security of having a roof over their head has allowed the first evacuees to be able to focus immediately on finding a job, with the hope of being able to slowly start supporting themselves and thereby regain their human dignity, which seemed hidden by violence and hatred.
The daily struggle to find medicine; there are not enough houses available for the huge number of refugees. The garden of the parish of Mar Elias, in the Christian neighbourhood of Ankawa, has opened its gates and is now home to about 400 people living under canvas. In Erbil we always meet up with Sister Diana, head of the dispensary and emergency clinic that helps more than 300 people every day. She tells of her escape from Qaraqosh, she is a refugee herself. She tells of how every day is a struggle to find medicine, money to pay doctors’ salaries, in an attempt to keep the hopes of those who have lost everything alive. Others have found refuge inside school buildings. At the time of the first influx of refugees the schools were closed for the summer holidays, but the crisis continues and they are still there. The schools remain closed, lessons are carried out where and when they can, to add to the drama of the education crisis are difficulties related to education, related to children who cannot have a school that can be defined as such.
And there are those who will never go back home. 80 km from Erbil is Mosul, Iraq's second city , from which thousands have fled, including all the Christians. Among these is Archbishop Nona, the bishop of the city, although now his diocese has been wiped out. The bishop, also a refugee in Erbil expresses his biggest concern: "We are afraid because, if things continue as they are, in three years there will be no Christians left in Iraq. Do not forget about us. Christians in the West have a great responsibility: they must be good Christians for our sake, we must love each other". Leaving Erbil and heading towards the province of Dahuk , north of Mosul, one can see hills completely covered in white: these are the tents of the refugee camps funded by various governments and non-governmental organisations. On one of these hills is the Sharia camp in which over 28,000 people live. For them, there is no more hope of returning home.
How we help iraqi refugees

translated by Emily Boaler and proofread by Laura Massey (www.therosettafoundation.org)