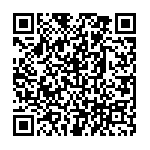 New teacher training facilities set up in a difficult educational context like Oaxaca in Mexico, thanks to a project implemented by AVSI and Crecemos Dijo and supported by the European Union. The graduation ceremony at the end of a training course brought to a close one part of our operations.

"It all started as a simple suggestion, back in 2012," the head of AVSI in Mexico, Rossana Stanchi, recalled during the ceremony as she retraced the most significant steps in the project. "Over time, the idea became a concrete project, and it was made possible thanks to the courage and dedication that the teachers and tutors, the real stars of the project, have shown during these years".
In 2013, the project to involve non-government stakeholders, and thereby the educators and parents, in the state of Oaxaca’s educational policies became a reality and it was supported by European Union funding and by the work undertaken by our partners, Crecemos Dijo and the Ibero-American University. One of the project's aims is to maximise and enhance the skills of the teaching staff in the state of Oaxaca, which, as one of the poorest states in Mexico, has been struggling for years to improve the quality of its education system.
“The assumption,” as Rossana Stanchi recalled, "Is that education is one of the most effective tools for creating a new generation that is both aware and participatory. And the basis for a society where ethics and reciprocity are the fundamental principles."
The refresher course for teachers, which forms the basis for the project, is now in its second year and the graduation ceremony when the teachers were awarded their diplomas took place at the end of January. The training, which was conducted by a team of leading consultants and lecturers, enabled teachers and tutors to engage in teamwork activities, which kept morale high. Such a level of collaboration also ensured that good academic and professional standards were met whilst allowing them to explore a large number of issues. Among the participants at the graduation event was the representative from the EU delegation, Marie-Paule Neuville.
“Carrying out a project of this nature here in Oaxaca not only poses a challenge but is a real risk. It is, however, a necessary risk in order to support the development of the local community and improve educational levels in a state. Moreover, such concrete outcomes can be used as a model to be followed in other educational situations." AVSI has had a presence in Mexico since 1987, through cooperation projects in the sectors of education, family support and nutritional education.
The Foundation has worked in partnership with NGOs, local municipalities and Mexican public institutions, with funding from the Italian Ministry for Foreign Affairs, the EU, decentralised cooperation, companies and private Italian citizens. In particular, AVSI has developed key operations in Mexico in recent years, including training for educators and teachers in partnership with local universities; community development in poor suburban districts and in rural indigenous areas through actions to educate, train and support the most vulnerable groups; helping to end malnutrition through education and family involvement, with published results and sponsorship by EXPO 2015, and inter-country adoptions through agreements with the authorities in the states of Campeche and Oaxaca.