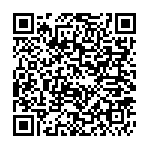 Refugees in Erbil are facing the winter, which is worsening their already difficult life conditions. AVSI foundation is working there in collaboration with Iraqi Caritas and the Chaldean Patriarchate to fulfill the needs of the families, especially the lack of money, now that the migration has drained the household savings. We try to help refugees to find a job: the more time passes and less are the chances for them to be employed.

The humanitarian crisis in Iraq, which since 17 months has been affecting the whole country and has been forcing thousands of people to flee their homes, is not close to an end. Many people are still facing difficult conditions, which will worsen in the coming weeks. Low temperatures, heavy rains, especially in the mountain areas, are expected, and at the same time also the flow of migrants out of Iraq is increasing.

AVSI Foundation, the Chaldean Patriarchate and Caritas Iraq are workingg in Erbil to meet the needs of many of them and give families decent living conditions . From July, approximately 7400 humanitarian kit were distributed, which included mattresses, food and water.

According to OCHA, more than 2.1 million Iraqis fled their homes, because of the ongoing war. Many of them found shelter in Iraqi Kurdistan, in the capital Erbil, which is now secure. Many are the needs of these people, forced to live in extreme conditions, in makeshift shelters, abandoned buildings, schools, churches or tents, without enough food and water.

AVSI Foundation, the Chaldean Patriarchate and Caritas Iraq are currently working in Erbil to meet the needs of many of them and give families decent living conditions . From July, approximately 7400 humanitarian kit were distributed, which included mattresses, food and water. In details:

Donate now and help us

The call of Shlemon Warduni

"We do not understand why, the real reason for all this. We ask for help, but it seems there is no one who wants to do it". This was the call launched on Saturday from the Meeting of Rimini by Monsignor Shlemon Warduni, Auxiliary Bishop of the Patriarchate of Babylon in Iraq.

In response to his request for help, that could not leave us indifferent, AVSI Foundation has launched a campaign to raise funds necessary to accommodate the refugees who arrived in Erbil, at least 180’000 people, mostly Christians.

We need the support of everyone in order to offer to the thousands of fleeing people the return to decent living conditions.

Donate now and help us

Since the beginning of August, in Northern Iraq, more than 120`000 Christians have fled their homes in the plain of Nineveh, after some violent attacks by the Islamic State to towns inhabited by ethnic minorities - especially Christians and Yazidis - and subsequent clashes with Kurdish militias supported by the USA.

They fled in Erbil, where they found refuge but at a price of difficult living conditions. They have left their homes since July, when the offensive of the Islamic State in Iraqi Kurdistan has started, leading to the occupation of the city of Mosul and some clashes throughout the area.

We have shifted from the USA occupation to the more strange and terrible persecution in Mosul. They want to uproot us from our land, deleting our ancient culture in Iraq. 120`000 Christians have left the Nineveh Plain with other minorities. They want to uproot us, kill us, destroy the entire archeology and the oldest manuscripts" said Monsignor Warduni during the event on Saturday at the Meeting of Rimini.

From the meeting with Bishop Warduni and starting from his appeal, the idea came up to commit actively in favor of Iraqi refugees trough an intervention in collaboration with the Chaldean Patriarchate and Caritas Iraq, chaired by the Bishop of Babylon.
Donate now and help us