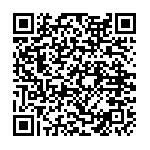 Solidarity is a issue that is able to bring up the name of Italy in the world. On December the 2nd, in Mexico City, Rossana Stanchi, AVSI in Mexico, received the "Solidarity Award" Prize Italy-Mexico, awarded by the Chamber of Commerce and the Italian Embassy in Mexico for his work alongside the most vulnerable.

"We believed in you , and through your commitment we have known and learned about AVSI’s work in Mexico" with these words the president of the Italian Chamber of Commerce in Mexico informed the manager Rossana Stanchi about the Solidarity Prize. She won it for her work on education and family support in the country.
AVSI is working in Mexico since 1987, in Oaxaca and Campeche, cities where it cooperates with two local organizations: Crecemos DIJO and Centro de Solidariedad Juvenil (CSJ). One of the most important projects is the distance support programme, in favor of more than 700 children and teens, with informal education, nutrition education and family support.
"We are very proud of the work of our Italian staff engaged in AVSI’s projects in the world - said Giampaolo Silvestri , Secretary General of AVSI – And it is an honor to receive official awards, such as the one assigned for the work of Rossana Stanchi in Mexico. It should also be remembered, however, that her commitment alongside the most vulnerable lasts for years, as well as the commitment of all our staff around the world: 93 are Italians, who work every day to promote human dignity”.
The gala for the "Italy-Mexico Business Prize", during which Rossana Stanchi was awarded, turned out to be a major event for the celebration of bilateral economic and trade relations. Now in its 6th edition, the Gala evening, organised by the Italian Chamber of Commerce in Mexico, with the active support of the Embassy of Italy, had a guest list of approximately400, and offered a showcase for Italian businesses.