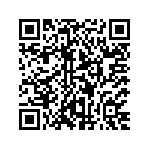 “To the Ends of the World and of Existence. Destiny Has Not Left Man Alone” is the topic of the 2014 Rimini Meeting , to be held on August 24th-30th, 2014. This year, AVSI tells its story in Kenya, Ecuador and Brazil through an exhibition curated by the Irish writer John Waters. His introduction to the exhibit.