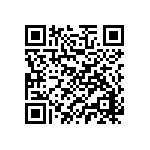 On May 9th, while EU Institutions were celebrating Europe Day, AVSI Bahrgel made its contribution to the event with the Launch of the three-year project I SEE (Inclusive Socio-Economic Empowerment for marginalized girls and women), funded by EU itself.

Formally started on 1st March in Bahrgel, Cueibet County, Lakes State, AVSI South Sudan organized the official ceremony on Friday, which was attended by State Authorities, the Diocese of Rumbek, and local chiefs. Protagonists of the day were, in particular, the beneficiaries of the project: the students of Ireneo Dud Vocational Training Centre, who have helped in the organization of the day, the women part of agricultural groups, who have entertained the guests with traditional songs and dances, and the community who helped in preparing the environment where the celebrations have taken place and in other activities.
The Ireneo Dud Vocational Training Centre was funded in 2007 by the Italian Company ICOP, in collaboration with Associazione SUDIN Onlus, Fr. Giovanni Gerardi (a Comboni Father), the Diocese of Rumbek, and with the support of local and governmental authorities. The aim was to create a school where students could acquire skills in construction, considering the difficulty ICOP experienced in hiring local skilled labors while they were building Italia Bridge in Yirol in 2006.
Fr. Giovanni, with the support of ICOP and SUDIN, spent six months living in a tent before building the compound and the school. He spent time with the Dinka community living there. He started learning and understanding the local language and traditions. At the end, everyone respected and loved the person, and followed his teaching coming directly from the Catholic religion. It was the community itself who built Fr. Giovanni’s house while the Italian volunteers where working on the classrooms. Therefore, Fr. Giovanni was building ties with the community and local and governmental authorities. It started like this: easily and without any expectations. The community saw what turned to be a big change in their life: a school where their children could obtain an education and improve their lifestyle, acquiring new skills that could be used when they were looking for a job. And they decided to be the protagonists of this change by actively helping in the constructions.
The first lessons occurred in 2009. The classroom, the dormitory for the boarding students and the dining room were completed and the school could receive the first students. Some of them are now in secondary institutions; others were in Bahrgel celebrating this new beginning. AVSI South Sudan met this reality last year and was invited to start a collaboration in order to continue the activities already ongoing and to add some more. This led to the idea of writing the I SEE project and of submitting it to the EU. This is how AVSI South Sudan was able to open a new field office in Bahrgel, Cueibet County, Lakes State. And this is why the community and the authorities were gathering together on May 9th in Bahrgel.
The celebrations started with a Holy Mass celebrated by Fr. Marko, representative of the Catholic Diocese of Rumbek, Fr. Giovanni, and Fr. Anthony, Vice-Provincial Comboni Fathers in South Sudan. After the ceremony, Paola Castiati, AVSI Area Team Leader, briefed the participants about AVSI and the project to be implemented in Bahrgel. Then, one after the other, local authorities and governmental representatives made their speech: Cueibet County Commissioner, the State Minister of Agriculture, the State Minister of Education and the Governor Representative, the Minister of Local Government. Attending the celebrations were also the Minister of Health and the SPLM Secretary.
All of them have showed their appreciation of the project and have sent positive messages to the community to get closely involved into the activities that are going to be implemented. Particularly, they focused the attention of the audience on the importance of allowing girls to attend school, as planned in I SEE project. Parents were warmly invited and encouraged to agree in this despite their culture and tradition, according to which it is still common for girls not to have an education or be sent to school. In fact, the overall objective of the project is “contributing to the development of a more equitable, open and democratic society delivering services to its citizens and in particular to the most disadvantaged groups of the population”.
This is expected to be done through two objectives:
1. To improve the efficiency and effectiveness of service delivery by one NSA service provider in the area of sustainable income generation.
2. To support the personal and professional development of young women and their communities.
Therefore, one of the first steps is to increase the self-awareness of the community target of the project. Only showing that it is possible can led us to “I SEE the change!”, as stated in the slogan of the T-shirt printed for the occasion. After the speeches all the presents were invited to remain for lunch. In the organization of the event, AVSI staff closely worked with the local staff working in the Centre. All of them were tireless. What may appear more unexpected is the conversation with the cooks hired for that day. While AVSI staff was explaining the work agreement and what they were required, the leader of the group said that they “came to offer themselves for this job, for their community, for the change they want to be part of”.
This is a perfect example of one of AVSI guiding values, “working with”. It will not be AVSI staff alone to introduce the change if the community does not cooperate in its realization. After lunch, while traditional dances and songs continued, the football school team challenged Bahrgel team in a football match. The match ended with the victory of Ireneo Dud VTC boys, who had another reason to keep celebrating the day.